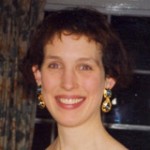 “Our failure to confront uncertainty about the effects of treatment has resulted in the suffering and death of patients, sometimes on a massive scale.” This chilling statement comes from Iain Chalmers’ 2008 BMJ editorial, Confronting therapeutic ignorance, that heralded the start of the BMJ‘s Uncertainties page.  In the same article, Chalmers referred to a then embryonic NHS initiative, the database of uncertainties of the effects of treatments (UK DUETs).

Five years on, and UK DUETs was showcased at a roundtable in London on the 28 January, bringing together speakers from national initiatives that identify and disseminate uncertainties with leaders from medical charities that fund research.

Co-sponsored by the James Lind Initiative (JLI), which Chalmers runs, the Association of Medical Research Charities (AMRC), and the National Institute for Health and Clinical Excellence (NICE), the event was akin to institutional speed-dating, ensuring that those methods and places used to identify and “house” uncertainties are known about by, and useful to, those with the money to sponsor research to address them.

It’s not easy terrain to navigate and one reason NICE wanted to host the day was to gain insights into how its resources might be best publicised, improved, and adapted.

UK DUETs is fed uncertainties by two main processes: James Lind Alliance priority setting partnerships, which gather uncertainties from patients/carers and clinicians, and, more traditionally, from systematic reviews and clinical guidelines that highlight knowledge gaps. NICE itself also identifies uncertainties through its guidance producing processes, and these feed into both UK DUETS and its research recommendations database.

The uncertainties contained within these databases are also searchable under the bigger umbrella of NHS Evidence, which houses, broadly, information about what’s known (evidence), and what needs more study (research recommendations). Discussions underway about merging UK DUETs and NICE’s research recommendations database were welcomed as one route to removing a layer of unnecessary complexity.

The charity sector spends £1billion annually on medical research, and with ongoing debate about whether this should be commissioned or responsive (the distinction essentially being that either the funder says what matters, or researchers say what they want to do) it was heartening to see charities keen to find out more about where to look for uncertainties that could valuably inform both these routes.

It was also encouraging to hear that the Swedish government is backing a database based on UK DUETs, and enthusiasm for finding constructive ways to share knowledge gaps regardless of national boundaries.

Writing a book with and about doctors and patients a decade ago, I was struck by varied views about uncertainty. Some doctors reckoned they were specialists so why was I asking, others admitted to disheartening 4am moments when they knew they were stumped. Patients’ sentiments mirrored this, from those who wanted to be told what was up and what to do, to those who most valued the humble doctor with an honest frown.

I wondered at the time whether, in a world where evidence is king, uncertainty would always be unfashionable. Yet it felt on Monday as if the medical world heaved a collective sigh of relief about admitting that, while uncertainty might be vexatious, handled well, and addressed properly, it is also one of our best opportunities to make life better for patients.

“I, Sophie Petit-Zeman declare that that I have read and understood the BMJ Group policy on declaration of interests and I hereby declare the following interests: Member of the UK DUETs steering group; consultant to the James Lind Initiative for communications support.”

Sophie Petit-Zeman is a specialist in medicine and social care communications and strategy, and author of Doctor, What’s Wrong? Making the NHS human again, (Routledge) 2005.