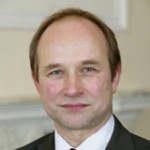 The first person I saw die accidentally from an anaesthetic accident was a kind, distinguished man in his sixties, scheduled for surgery to a large leg tumour. During anaesthesia his endotracheal tube became kinked, which was not noticed by the anaesthetist. Undetected hypoxia was quickly followed by cardiac arrest and then resuscitation attempts, resulting in a brain-injured patient. In intensive care his grieving extended family were dignified and accepting. He died within 48 hours. Another preventable perioperative death in a hospital in central Africa in 1986.

When I returned to the UK to work as a senior registrar in 1988, a change had taken place since leaving two years earlier. All theatres in the NHS now had a relatively new monitor: a pulse oximeter. For me (and many of my colleagues) the concept of being able to monitor the patient’s oxygenation through a probe on the fingertip was truly staggering.

Years of trying to assess oxygenation under the surgical drapes was over—anaesthesia had leapt forward in safety. Although the theorists explained that the monitor lagged behind the problem and was not evidence based, I knew patients were dying regularly from hypoxia (undetected oesophageal intubation, airway obstruction, and hypoventilation from other causes), which could be easily detected with a much  improved chance of survival if oximetry was available.

Today, oxygen saturation is measured in just about every patient coming into hospital. As clinicians we depend on it, particularly for patients who are acutely ill, as a basic part of routine care on the wards, NICU, ICU, and emergency department. The concept of not monitoring SpO2 during anaesthesia would be negligent, as it has been mandated for many years nationally by the Association of Anaesthetists of Great Britain and Ireland (AAGBI).

However, mainly due to financial shortages and poor supply chains, these non-invasive, lifesaving monitors have not been available in many operating theatres in the poorer parts of the world.  High rates of mortality have continued—in 2005 an anaesthetist from Togo, Fatou Ouro-Bang’Na Maman, published anaesthesia mortality rates of 1:133; in 2010 Zoumenou et al published a paediatric mortality of 1% resulting from anaesthesia.

In both series, undetected, unmanaged hypoxia was the killer. No oximetry was available. In UK we manage mortality rates from anaesthesia of around 1:200,000—making anaesthesia at least a staggering 1000 times safer. Imagine if it was you, your partner, or your child facing the other set of odds?

In 2008, I was one of the anaesthetists invited to contribute to the development of the World Health Organization (WHO) Surgical Safety Checklist. My colleagues and I felt passionately that the benefits of pulse oximetry monitoring during anaesthesia were a basic requirement for any type of anaesthesia and should feature on the checklist. Debate was significant, as the other steps required no additional equipment. Furthermore, this was intended for a global audience: how would resource poor settings afford oximetry?

Fast forward to 2012 and the oximeter did get on to the WHO Surgical Safety Checklist and Lifebox, the charity formed by the AAGBI, World Federation of Societies of Anaesthesiologists (WFSA), and the Brigham & Women’s Hospital at the Harvard School of Public Health, is here to ensure that its promise of safer surgery is not an empty one.

Our aim is to put a pulse oximeter in each of the estimated 77,000 operating theatres worldwide currently providing surgery without this essential monitor. Pulse oximetry and the WHO Surgical Safety Checklist are demonstrated to cut mortality and morbidity during surgery. By making a low-cost, high-quality oximeter available for purchase and donation, alongside education in its use and the WHO Surgical Safety Checklist, we can protect patients, families, and providers from the tragedy of preventable perioperative deaths.

Thank you to the BMJ and its readers—you have enabled 210 oximeters to go to so many places where they are needed—like Togo. In a rather nice way, Fataou, an anaesthesia hero for writing so honestly about a terrible situation, recently ran a training course in Togo where many of the BMJ oximeters were distributed, ensuring the operating theatres are safer than before. Well done!  Please keep your donations coming in!

Iain H Wilson is a consultant anaesthetist at the Royal Devon and Exeter NHS Foundation Trust. He is the immediate past president of the  AAGBI and a Lifebox trustee.

Lifebox is the BMJ’s holiday charity this year. For more information, or to donate, see this week’s BMJ or visit www.lifebox.org. The BMJ campaign runs until the end of January.