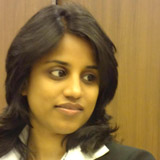 So it seems that the apocalypse didn’t occur and the world hasn’t come to an end. 2012 is not the end of existence as we know it—the Mayans were wrong. But take a closer look, and you wonder if the prophecy was true after all.

The Mayans thought it would be a big storm, but then they did not know of cigarettes back then, did they?

In my own country, India, 100 million deaths have been predicted, in fact, declared. This is the number of deaths—some of which have already occurred and many that are yet to occur—because of smoking over the past 100 years in India. In a recent study, scientists and researchers have tried to assess the damage, and the worst is yet to come.

In India nearly 4.52 trillion cigarettes and 40.3 trillion beedis were produced in the 100 years between 1910 and 2010. Beedis are sundried tobacco flakes, hand rolled in a tendu leaf, and like cheaper, miniature versions of cigarettes. And yet this tiny unlikely culprit is causing mighty damage.

Put together, they are responsible for a hundred million premature deaths in India. And if this is not apocalypse, then I do not know what is.

Between 1910 and 1960, more than 5.5 trillion beedis and 52.7 billion cigarettes were manufactured and smoked. The scientific community believes that smoking deaths occur in a span of 40-50 years. By that count, nearly 20.2 million Indians died between 1960 and 2010. That is a loss of so many millions from the productive age group that the country lost to smoking when India was building a new nation after independence. But I’m guessing there were bigger issues than public health, or to be fair, other larger issues of public health, on the mind of the Indian medical community back then.

But, the bigger concern is that between 1960 and 2010, the production of cigarettes and beedis doubled, and smoking rates went up  four times. That’s more than 10 trillion beedis and 100 billion cigarettes.

Ironically, it was a High Court in India which, for the first time in the world in 1999, declared “public smoking as illegal, unconstitutional, and violative of the Right to Life.” Despite that, it took almost a decade for India to bring about a law against smoking in public, aided with great determination by the then health minister, in October 2008. Meanwhile, worldwide 109 countries have banned smoking in public or are trying to put a ban in place.

India is also armed with elaborate legislation on tobacco control called the Cigarettes and other Tobacco Products Act (COTPA). After a tough battle against the tobacco industry, health warnings on cigarette packets have also entered the picture. But another concern is if they are diluted and not made “graphic enough” to warn consumers. Despite measures on onscreen smoking and an effort to ban chewable tobacco in the country, India is still predicted to lose 78.8 million lives in the next 50 years.

A glaring gap in tobacco control in India is the lack of cessation support. Both the government and the medical community are ill equipped. Smoking is responsible for 40% of tuberculosis cases and 30% of all heart disease deaths. And yet, only 42 districts in the whole country have a district tobacco control programme, which offers counselling but absolutely no pharmatherapy whatsoever.

There is little demand for nicotine replacement gums available over the counter, owing to a lack of awareness. The higher doses are available on prescription only. But the medical community in general is at a loss as the expertise, on how to prescribe and administer the therapy, is largely missing. Furthermore these drugs are also not included in the latest national list of essential medicines, which would have made them available in district hospitals, free of cost. High cost cessation drugs such as varenicline, are offered by some private hospitals, but to a select few only. Medical help for smoking cessation is clearly missing.

If Mayans had their predictors, we have our own. At present, India has 111 million smokers (of both beedis and cigarettes), and scientists predict that if this continues, we will see more than 200 million smoking deaths within this century.

The Mayans just thought it would be a big storm, but they did not know of cigarettes back then.