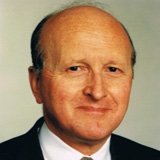 It wasn’t until I was a 16 year old sixth former in school that I discovered my problem with colour vision. When I experienced difficulties in practical biology and chemistry my friends guessed what might be wrong. They placed the Ishihara Test for colour blindness in front of me, which had recently been published in the popular magazine Picture Post. I remember their surprise well and indeed amusement that day in 1950 when I responded quite differently from the others: I was unequivocally red green colour blind.

In some ways it’s a minor and harmless disability, leading to somewhat amusing predicaments and quaint ways of solving them. During our April honeymoon my new wife was somewhat startled at the way I enthused about the white blossom that abounded around us, but did not appear to notice the more abundant and striking pink/red variety. Not long after this, and quite early in our married life, I asked her why she was always dressed in brown, unaware of the care she took about the colour match of her clothes—a concept quite beyond my ken. She reminded me that as a clinical student I had acquired a reputation for wearing hideous coloured ties. I did indeed remember being mystified by hostile comments from a female student who asked me if I were trying to “make a statement.” I was of course totally unaware that their colour was in any way unusual. The same apparently applied to my socks. Since then I have routinely asked my wife to check my colours for the day. I have always been especially careful when driving towards traffic lights. Normally it is quite easy to tell from the position and sequence of lights whether to stop or go, but when visibility is impaired by adverse weather conditions this can get somewhat tricky. To play safe my family always shout out the colour of the lights when I am driving, much to the surprise of unsuspecting passengers. Minor irritations arise out of the fact that much in life today depends upon being able to differentiate between red and green. As I sit typing this, the word processor guiding corrections pop up on the screen, underlining in red for incorrect spelling, or green for grammar and typographical errors: for me this is more of a nuisance than a help. Filling up forms can be irksome at the best of times, but any added uncertainty over guidelines based on colour, which for me then necessitate someone else’s help, can render them even more tedious.

So much for the lighter side of my difficulties. Throughout my life colour blindness has caused me problems in a number of ways. In school, difficulties arose during three practical examinations and were probably related to my colour vision problem. The first one was in biology when I thought I had successfully stained a microscopic plant section, when in fact I was later informed that it had remained totally colourless. On two other occasions I found it impossible to accurately interpret the colour of test tube reactions in organic chemistry. As a special dispensation invigilators had been allowed to describe the colours to me. Unfortunately I usually found their responses ambiguous. I could not relate, for example, a “green-beige pink” description of the colour to the colour change described in my textbook. Where could I go from there? Merely repeating the tests usually led to the same impasse. These experiences were damaging to my self-confidence because I was never sure whether my difficulty was just due to my colour problem or to some ineptness on my part, perhaps in not correctly carrying out the test. I well remember my feeling of delight in my final preclinical year practical, when fate seemed at last to be on my side. The test involved a thiocyanate titration, the blue end point for which I could easily distinguish. I managed to get through my clinical student years without trouble, though a consultant at a fever hospital was not at all impressed when I suggested in all seriousness that a child with freckles might have german measles. He thought I was trying to be funny. I also negotiated my preregistration house jobs without too much difficulty, though probably I only coped with a three month attachment in the skin department because most of my duties involved minor outpatient surgery.

It was when I took up a post registration job as resident pathologist (when I was known as Morgan the Blood) that significant problems recurred. Blood cross matching presented no problem, but I could not be certain whether gram stained bacteria were red or blue, and I had to ask passers by for confirmation as to which it was. Nor could I see the acid-fast stain of tubercle bacilli. So I chose not to proceed to the second leg of the training post which would have been in morbid anatomy, although it was to be under the guidance of a very distinguished professor, as I felt that tissue staining would be impossible for me.

At a much later date I suspect that my poor performance in an MRCP examination pathology viva wasn’t helped by my failure to recognise the unusual colour of a specimen of gut showing an argentaffinoma tumour, hence missing an important prompt regarding diagnosis. Again, I remain unsure whether or not this was a significant factor in the outcome. Eventually I moved into psychiatry. My interest had always been in this direction, but was it just coincidence that one can probably be a good psychiatrist even though one’s colour vision is deficient? My twin grand daughters when very young both believed that red GPO post boxes were to me totally invisible. Adults often show much concern, almost as if some fundamental experience is absent from my life. I have always accepted my somewhat colourless world without too much miscontent, no doubt because I have never known any other. Yet when I reflect back on the difficulties my colour blindness has caused me during my medical career I hope that effective help will be readily available to students of today who also have problems with colour vision.