Getting to Rwanda takes ages. I don’t know why there isn’t a direct flight to Kigali from the UK but there just isn’t—which meant that my journey there took close to 24 hours (via Kenya and Burundi). I have travelled through East Africa plenty before, but this was my first trip to Rwanda. I went through customs with my hackles raised and my barriers up, ready to fight through the onslaught of taxi and hotel offers—but there were none. Forget “This is Africa”—This is Rwanda. Aside from the occasional gentle inquiry from a local about whether I was ok, I was left to my own devices as everyone went about their business.

I was collected from the airport by my colleagues from Harvard, which brings me to the purpose of my visit—this was a work trip. I work for Lifebox Foundation—a UK charity concerned with improving surgical safety in low and middle income countries. Lifebox was formed by international experts from the fields of anaesthesia and surgery and our work in Rwanda forms part of a tripartite collaboration between the Harvard School of Public Health, Canadian Anaesthetic Society, and Lifebox. Securing the right relationships and scoping the landscape were the objectives of my initial two week trip, in preparation for January 2013 when our surgical safety project will begin in earnest. Through the generosity of the Canadians, we will be able to distribute over 200 pulse oximeters throughout the country alongside training in obstetric anaesthesia and implementation of the WHO surgical safety checklist.

Aside from the 1994 genocide, what else had Wikipedia told me about Rwanda to prepare me for this trip? It has a population of about 11 million people and is the most densely populated country in Africa. It is predominantly mountainous and referred to as “the land of a thousand hills.” Perhaps unsurprisingly, the majority of the population is very young. I also found out that there are only 44 hospitals in the country and the majority of those are in the districts. Amazingly, there are only 50 surgeons in the entire country who are mainly based in the capital and trained anaesthesiologists are few and far between, meaning that technicians deliver most of the anaesthesia. Discovering that the volume of surgery performed in Rwanda is not insubstantial (over 80,000 operations annually), confirmed how stretched a typical district hospital must be when confronted by a surgical patient. I visited four different hospitals to scratch beneath the surface and find out what really happens to an acute abdomen in the districts. Without any surgeons, who performs the operations? The answer at the first hospital was “no one” as they simply had no surgeon on their staff. At the remaining three hospitals, it was GPs who did the surgery—these are usually junior doctors who are stationed at a hospital to provide surgery, but who have not undergone surgical training and can only competently perform a limited number of procedures (e.g. Caesarean sections).  The lack of surgeons and anaesthetists is one of the many reasons why surgical mortality can be so high in the low resource setting.

However, in spite of this bleak picture, Rwanda has seen significant gains in public health. For example, it is on track to meet the 4th Millennium Development Goal and is one of the first countries in Africa to more than halve its under five mortality rate between 2005 and 2012. Combining this with reports of over 90% full vaccination rates and >95% of the population enrolled in the national health insurance programme, the general trend towards universal health coverage seems secure. Rwanda has also seen remarkable economic development over time and has recently made its first $1million contribution to the Global Fund against malaria, TB, and HIV/AIDS. I suspect that the surgical landscape will also change dramatically in Rwanda as the 4 year “human resources for health” programme funded by USAID has just started—which will provide surgical training to the next cadre of doctors to increase the numbers of the skilled health workforce. Watch this space.

On my day off I visited the Kigali genocide memorial centre and lost my soul in it. To read survivor testimonies such as  “he took a club and hit my fingers until the bones were all smashed and then he cut my head with a machete” made everything inside me ache. And it made me look at my new Rwandan friends very differently. I now felt foolish for asking so many questions to one of the jovial Rwandan doctors about why he seemed older than his years, only for his face to drop as he quietly described why his studies were so violently interrupted in 1994.

I was sad to leave Rwanda but I am eager to return. Rwanda has made leaps and bounds to get to where it is today—a land of promise and hope. Who knows what the future may bring? What I can say with certainty however is that the future lies with the people, who have overcome the most painful of tragedies and recovered with a dignity and resolve that I have seldom witnessed before. 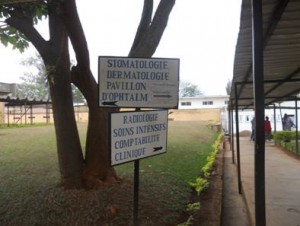 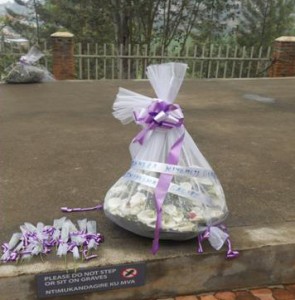 From the Kigali genocide memorial centre—site of mass graves. 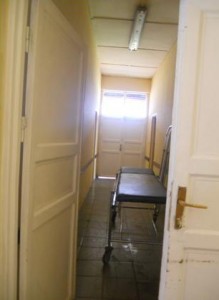 Sophie Reshamwalla worked in London as a surgical registrar before completing a Master’s degree and the DTM&H at the London School of Hygiene and Tropical Medicine. She spent a year working at THET (Tropical Health and Education Trust) and currently works as the implementation manager at Lifebox Foundation (www.lifebox.org).