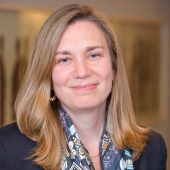 As 2015 approaches and the Millennium Development Goals (MDGs) expire, the global health community is discussing the options for the next set of international goals for health. In the current set of MDGs, there are multiple goals that directly and indirectly relate to health (see below). Today, there is some worry that the next set of development goals will leave health out, as became apparent during the Rio+20 meeting. Certain groups—led by the World Health Organization (WHO), the Rockefeller Foundation, and US government contractors—have been calling for “universal coverage” or “universal health coverage” (UHC) as an “umbrella” goal for health.

In determining whether UHC as a post 2015 development goal is a good idea, it is first important to understand what the MDGs achieved in health. Although many other things occurred during this period (eg global economic growth, AIDS epidemic, entrance of the Bill & Melinda Gates Foundation), the MDGs were associated with increases in aid flows for health as well as extensions in the coverage of key related health interventions. The attributes of the MDGs that may have helped increase health aid were that chosen indicators (1) were easily defined and understood, (2) were measureable and regularly measured, (3) made a difference for health, and (4) had broad consensus in the field. UHC as a goal or indicator, unfortunately, does not feature any of these attributes. While we support the notion and concept of UHC, it may not be a useful banner for the global health community to rally around in pushing for a post 2015 development goal.

First, the concept of UHC is not easily understood or defined. Even within the WHO, there is disagreement as to what constitutes UHC, if only because it is not clear exactly what health services are covered—and whether it includes only services in the health sector, or more broadly, services and interventions outside of the health sector eg in water and sanitation. Thus, there has been debate within the WHO as to whether to call it “universal coverage” or “universal health coverage;” in the end the most recent World Health Report dropped “health.”

Second, the dimensions of UHC—coverage of health services (in general) and financial risk protection—as currently proposed are not routinely measured by governments and international agencies, making it unlikely that annual updates are feasible.

Third, there is still limited empirical evidence connecting general healthcare utilization and/or financial risk protection to health impact. The utilization of health services does not necessarily improve health outcomes if the quality of services is low or if the kinds of services provided are cost ineffective. Financial risk protection can prevent impoverishment related to medical spending, but on its own it appears only distantly related to health impact.

Finally, there is certainly not broad consensus in the field on either of the two proposed dimensions. On healthcare utilization, there is more consensus on the relationship between the utilization of certain kinds of healthcare (eg vaccination, ORS) and health impact, but these are precisely the kinds of coverage indicators included in the existing MDGs. On financial risk protection, Wagstaff (2008) and Prah-Ruger (2012) discuss the methodological and conceptual limitations of commonly used measures of financial risk protection.

The task of combining these two measures would be even more controversial. What “umbrella” indicator would meet our criteria? In the current MDGs, health outcomes display prominently, yet there has been criticism that these health outcomes are “too limited” and translate to vertical disease control areas and clinical interventions, namely maternal and child health, and reproductive health. Amidst advocacy for a variety of other priorities—non-communicable diseases, neglected tropical diseases, mental health, injuries, etc—to be on the “global health agenda,” it is a reasonable argument that the current MDGs are insufficient to capture priority improvements in these other disease control areas. If health outcomes are what people really care about, wouldn’t life expectancy at birth, a demographic measure which incorporates death from all causes and at all ages, be more suitable?

Moreover, the underlying concern for financial risk protection, a near universal goal of health systems, is its relationship with poverty, which presents quite prominently in the current MDGs. Why not instead advocate for a sub-indicator of impoverishment due to illness, disability, and death under the poverty goal?

Finally, current advocates for the UHC goal might look for lessons from the groundbreaking, yet politically controversial World Health Report 2000. In that report, a composite index of health systems performance was constructed, made up of health outcomes, financial risk protection, and the responsiveness of the health system (and notably incorporating features not unlike the current UHC index). That report contained path breaking conceptual and statistical indicators that could have started a process of research and refinement. Instead, it was rushed to prime time as if the underlying empirical work represented a scientific consensus.[1] In the process, the lack of consensus around the technical work became an opportunity to inflame rather than address ideological debates.

Universal health coverage is important for all countries to pursue, but it is not yet a universally agreed analytical concept that will be useful as a post 2015 development goal.

Amanda Glassman is director of the Global Health Policy Programme at the Centre for Global Development, a think tank based in Washington DC.