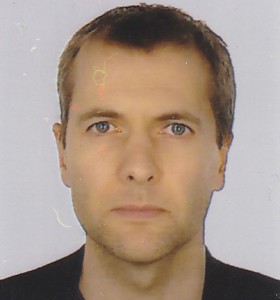 These are strange, mixed-up days to be a disabled person.

Newspapers are littered as never before with stories of the high achieving disabled athletes set to take part in the London 2012 Paralympics, and of a public desperate for tickets to watch them perform.

Meanwhile, many of those same national newspapers have fuelled disability hate crime by running stories of disabled people “ripping off the benefits system,” describing them as “shameless shirkers,” and “parasites,” while the government prepares to slice 20 per cent from spending on disability living allowance (DLA).

But sadly for the government and the poisonous extremities of the tabloid media, the Paralympic Games will not be a mawkish tribute to the triumph of “superhumans” over the “tragedy” of their impairments. Instead, it will be a thrilling celebration of how disabled people can contribute to society, if given the support they need to deal with the barriers they face in their daily lives.

This is because these athletes rely on their DLA, just like hundreds of thousands of other disabled people.

As David Clarke, captain of GB’s Paralympics five a side (blind) football team, told me a few weeks ago: “If a government minister found himself in the middle of a city with no-one to help and needed to get a taxi owing to mobility difficulties, he probably would appreciate his DLA. Or indeed if he needed someone to read his post.”

Table tennis star Sue Gilroy told me it would be “devastating” if she was to lose her DLA and would make day to day life “impossible,” while Aaron Phipps, a key member of the GB Paralympics wheelchair rugby team, said: “It is just completely essential. I would be completely lost without it.”

Next year, the government will begin the process of cutting the number of claimants by 20 per cent as it rolls out its DLA replacement, the new personal independence payment (PIP). Many of those 20 per cent will be Paralympians. And some of them will probably have won gold medals at London 2012.

So when David Cameron attends a parade for Britain’s Paralympians and Olympians on 10 September, and tries to bask in their reflected glory, it is worth remembering that his policies could soon be driving many of them into poverty.

The combination of cuts to benefits, local authority social care, and other council funded services, and the atmosphere of hostility, harassment, and intimidation driven by the government’s campaign to exaggerate the extent of disability benefit fraud and to “demonise” benefits claimants, has left many disabled people “living in fear.”

One disabled activist told me of people with mental health conditions who had attended an event, but “didn’t even want to go for a walk in the park because they were afraid to be seen and have their DLA taken away.”

Despite this, Lord Justice Leveson refused to allow disabled people’s organisations to give oral evidence to his inquiry into press standards.

But in a witness statement submitted to the inquiry, Inclusion London, and the other disabled people’s organisations and activists who signed up to it, said there was strong evidence that disabled people were facing an increase in targeted hostility and hate crime. It was a conclusion backed up earlier this month by statistics obtained by the Guardian, which showed 1 942 recorded incidents of disability hate crime in England and Wales in 2011, an increase of more than 25 per cent on the previous year.

Of course, disability hate crime is no new phenomenon, and not all of this rise is due to the “scrounger rhetoric” of sections of the media and government. And at least some of the startling increase is due to efforts to encourage disabled people that it is finally worth reporting such hostility to the police.

Finally, remember that these Paralympics are sponsored by Atos, the company responsible for assessing disabled people’s “fitness for work,” which has, according to the grassroots campaigning organisation Disabled People Against Cuts, “devastated the lives of hundreds of thousands of disabled people,” through the “shocking” way it carries out these tests on behalf of the government. And it is Atos that has just been awarded two of the three Department for Work and Pensions contracts to assess disabled people for the new PIP.

No wonder, then, that disabled people who rely on government support to live any kind of acceptable and independent life may be dividing their time over the next fortnight between celebrating the achievements of our wonderfully talented Paralympians, and trying to predict just where the next attack on their rights might come from.

Competing interests: John Pring is editor, Disability News Service. Inclusion London is one of his subscribers. All of his other subscribers are also disabled people’s organisations.