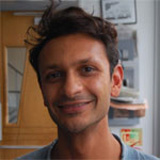 As long as there is still no effective vaccine to stop TB, the same nurturing relationship on which children thrive puts them at risk of catching TB from their parents in low and middle-income countries. Last year Médecins Sans Frontières (MSF) released “Out of the dark,” a report highlighting some of the bottlenecks in managing TB in children. Most of these diagnostic and treatment challenges are multiplied tenfold or more when dealing with paediatric multidrug-resistant TB (MDR-TB) in the former Soviet Union countries.

Tajikistan is such a country. It has a TB incidence of 206 per 100,000 people, which is the highest in Europe according to the WHO. According to the latest country-wide survey, 17% of new and 61% of retreatment TB cases are resistant to both isoniazid and rifampicin (two of the most potent TB drugs). A high number of children are therefore also likely to be infected with resistant strains. Unfortunately, although children are as affected by MDR-TB as adults, the actual numbers are not easily available even at a local level.

MSF helps teams take forward hopes of “Zero DR-TB deaths in children in our lifetime” to the practicalities of trying to avert just one paediatric DR-TB death this month. The unfortunate story of a child can reflect the challenges faced by many children who tread the same path around the world.

A child’s story
Picture a small child, lying in bed, with her spine arched backwards in pain, her mother confused and worried by her side. She has just been referred to the hospital by her district polyclinic, 60 km away. She is weak, with the symptoms and signs of meningitis.

This child had first been diagnosed with TB a few years earlier, and treated for extrapulmonary disease with first-line treatment for eight months. An outcome of “cured” had been registered. The child was later re-started on the same treatment for another eight months, after which an outcome of “cured” was again registered. A month later, she received antibiotics for a presumed infection, but continued to deteriorate and was finally referred to a paediatric TB hospital.

There is no reported history of contact with TB and we still don’t know whether her family members have been screened. Her diagnosis is presumed as MDR-TB meningitis, and she is then started on treatment for MDR-TB.

This kind of story and the barriers that children face in getting the right treatment are unfortunately all too common in Tajikistan and many other countries around the world.

Delayed diagnosis
It can take months, or even years before the diagnosis of MDR-TB is considered. The problem is that there often is no proof. Children, especially those under the age of seven, are very unlikely to produce sputum spontaneously. Though methods to induce sputum exist, lack of experience means these are not used. With the poor availability of new molecular techniques or a culture with drug susceptibility testing (DST), confirmation of the diagnosis of MDR-TB is often impossible.

At the same time, no protocols exist to guide doctors towards earlier diagnosis in children who are sputum-negative.

Difficulties in treatment
Once the diagnosis is accepted, a prescription is usually written based on the child’s weight. However, there are no internationally recognised guidelines that help determine the most appropriate drugs at the best dosages. Given that there are no pharmacokinetic studies that help us understand how these drugs will work in children, we base the drugs and dosages only on expert opinion and local experience.

For children who weigh 11 kg or less, the medications themselves present further challenges: para-aminosalicylate sodium granules, which come in a sachet of 4g, are very difficult to split accurately; Cycloserine administration involves improvising suspensions from capsules; and Levofloxacin has to be split, despite the manufacturer strictly forbidding it.

Politics
We have to fight hard to get such children accepted for MDR-TB treatment. Given the diagnostic dilemmas, and the length and difficulty of taking the treatment, it is understandable why physicians are often reluctant to start treatment.

Zero paediatric deaths from MDR TB?
TB is a neglected area of infant and child health, and MDR-TB even more so. There are no paved roads to the implementation of paediatric MDR-TB treatment programmes but the trodden path can only be created by walking it.

National TB programmes, with the support of civil society, should be bold and take on the challenge of diagnosing and treating MDR-TB in children. It is only with numbers that pharmaceutical companies will be obliged to produce appropriate drug formulations and define dosages, and that the international community will standardise guidance on treatment of DR-TB in children.

If all this is done, then maybe we really will see Zero paediatric deaths from MDR TB in our lifetimes.

Kartik Chandaria, a paediatric doctor interested in international child health. Kartik is currently working on an MSF project in Tajikistan helping to improve the diagnosis and treatment of children with TB with specific reference to drug-resistant disease. He also writes an MSF blog sharing his experiences in Tajikistan.