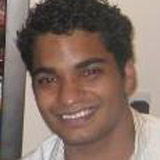 Medical students and doctors often talk about practising in other countries. I constantly hear the same tune echoed in lecture theatres or on the wards, “You can travel anywhere with medicine, that’s what so great about it.” Many take years out and head south east to countries such as Australia to bathe in the sun whilst doing locum work. Likewise, some travel west and undertake research fellowships living a life very similar to what they’ve always led. And it’s always admirable to hear stories of doctors who travel to global disasters, assisting in humanitarian relief and aid work. But rarely, very rarely, do doctors travel south.
In 1911, the world’s eyes were on them, and they had nowhere to go but south. Very south. Robert Falcon Scott set off on his Arctic expedition to the South Pole, his group’s intention was clear—be the first to reach the South Pole. They were unsuccessful as the Norwegians managed to get there one month before, however they eventually arrived on 17th January 1912. None of them returned alive.

A member of Scott’s group of five, Edward Adrian Wilson, known to the team as “Uncle Bill,” was the expedition’s physician. He had been travelling to the Arctic on various trips with Robert Scott and Ernest Shackleton over the previous 10 years. His clinical experience in the UK was limited to locum work in London and a brief stint as a house surgeon in 1900.

Instead of choosing the road so often taken, Wilson chose to travel the Antarctic, with his job being two-fold: junior surgeon and zoologist. It was in this setting he was able to develop his skills as an artist, completing over 200 coloured sketches of Antarctic scenery and series of illustrations of animals and landscapes for various books and magazines. Concurrently, he was often the only doctor among the explorers, and had to provide medical services.

Those who embarked on the Antarctic expedition suffered a range of health problems including severe malnourishment, frostbite, ischaemia, shortness of breath, and haemoptysis. With scarce resources and treatment options, Wilson was responsible for over 30 of these mens’ health at base camp. During the actual expedition to the South Pole, he was responsible for the other four mens’ health.

It was popular belief that Wilson was a valued member of the team. As Cherry-Garrard, a traveller on the expedition, speaks of Wilson, “If I were asked what quality it was that made him so useful and so loveable, I think I should answer that it was because he never for one moment thought of himself.” I suppose all doctors, in one way or another, are unselfish, but through transcripts and journal excerpts, it’s obvious that Wilson, in such conditions, was able to hold true the essential values of the medical profession.

None of the five men who set off from base camp returned from their 1911 expedition alive. It’s been hypothesized that Wilson suffered from ischaemic necrosis of the anterior crural muscles before his final days out in the Antarctic. Constant walking and temperatures of minus 30 degrees would have exacerbated the condition greatly. When Wilson noticed that being in his poor state of health was slowing the rest of the team down, he one day decided to leave the tent where they were residing and never return. His body was found the following year in November 1912.

Expedition medicine isn’t for everyone. But many relish in the fact that medicine is a career that can take you anywhere across the globe. We can learn from doctors such as Edward Wilson who were able to combine travelling, medicine, and art. Perhaps it’s time for you too, to travel south.

The Heart of the Great Alone: Scott, Shackleton, & Antarctic Photography is currently running at the Queen’s Gallery, Buckingham Palace until April 15th, 2012.  To get a flavour of truly novel, extreme medicine, it is worth a visit.

Neil Chanchlani is the student editor of the Student BMJ