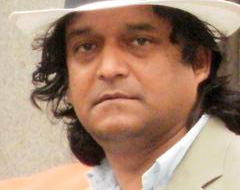 There are two sides to every story. However in the case of the tragic shooting incident on New Year’s Day in County Durham, we are only hearing part of the story. Mainstream media reports that the shooter Michael Atherton, a taxi driver (who also died in the same incident), was licensed to have no less than six fire arms, three of them “section one firearms” (which require more stringent licensing than shotguns). It is rumoured that the shooter had a “minor incident” with the police and that he was asked questions a few years ago when he threatened to kill himself during a domestic argument. What came of that questioning is not yet clear as the murder investigations continue.

Rumour also has it that the shooter’s licence was revoked at some stage and then reissued. Once again, it is not clear why it was revoked or if it was indeed revoked. It is not clear why it was reissued and at whose authorisation. These facts will become clearer in time. Until then serious questions are being asked as to whether the reissue after revocation ought to have been more stringently checked. There is also the question of whether a doctor ought to have certified that Atherton was fit to be re-issued with a gun licence, or be issued one in the first place. After all a firearms certificate may be refused or revoked if the applicant/holder is, among other things: “of intemperate habits” or “of unsound mind.” In this case however “officers had spoken [after the event] to Atherton’s GP and other health professionals but there was no indication that he was suffering from any mental illness or depression.” (Guardian 5 January 2012)

These are important questions which now seem more urgent in the aftermath of a tragedy such as this. The answer may lie more in common sense than a professional inquiry. What is a doctor going to find? Suppose the applicant is indeed depressed (one can assume this shooter once was as he threatened to kill himself at some point), is it possible for a doctor to detect that in one off examination? What about the skill level of the doctor charged with this assessment? Should doctors take on one more function of public protection which they are not trained to perform? In Florida recently the Governor passed a law that forbids doctors to ask questions about guns in a consultation. This law has since been overturned by a court which is being hailed as a major victory by the gun-control lobby. There is of course a freedom of speech issue there as the doctors were essentially “gagged” to talk about what they deemed appropriate in delivering patient care. Asking about access to guns may be fine but should doctors not know for sure what to do with the information so gathered?

Now let us consider the admittedly hypothetical scenario of the New Year’s day shooter. The law requires that before the chief officer of police can grant or renew a shotgun certificate he must be satisfied that the applicant can be permitted to possess a shotgun without danger to public safety. How is he to be satisfied? One of the checks we have is to look into previous convictions which must be declared. A person who has been sentenced to imprisonment, detention, or corrective training for a term of three years or more, is permanently prohibited from having any firearms or ammunition in their possession. This means for life and includes all firearms, even air weapons. Applicants for firearms have to show “good reason” for possession of each and every firearm. If a doctor were to certify that the applicant is fit to possess a gun, what is he to base his assessment on? Clearly a deluded/disturbed person who says to the doctor that he has plans to shoot named/unnamed people once he gets the gun may not be the ideal candidate. But what about the depressed person who can hold it together in an interview with the doctor? And what about the depressed farmer who has no intention or fantasy of shooting anything but pests who kill his livestock? One can easily see the pitfalls.

The main tension appears to me as that between individual freedom and state control. The state has a legitimate interest in curbing violence. The individual has an interest in going about his daily business without restrictions from state. Given that the United Kingdom has one of the lowest rates of gun homicides in the world, and did so even before strict gun control legislation came into force, one can safely question the prudence of a more knee jerk response to such tragedy which is unpredictable and not preventable by any amount of checks. In the United Kingdom in 2009 there were 0.07 recorded intentional homicides committed with a firearm per 100,000 inhabitants and by all accounts the gun crime rate is falling (with the exception of London where there is a 4% increase). The area covered by the Metropolitan Police has the second lowest number of legal gun licences per 100,000 population in the country at 860. Merseyside has 815 compared to Dyfed-Powis at 11,357. Yet gun crime is much higher in London and Liverpool.

A favorite slogan of the gun lobby “Guns don’t kill people, people kill people” is perhaps stating the obvious but I don’t see how more policing of people or policing by proxy through clueless doctors will reduce these rare but tragic occurrences. After all the main fallacy of risk assessment (as will be performed by doctors) is that it is not very accurate when the base rate (in this case of gun fatality) is so low. For every additional person so prevented (additional to those already barred), there will be hundreds, even thousands more ordinary people who would be barred. This may not be an equation a liberal and democratic society will be happy to live with.

Sameer Sarkar is a consultant psychiatrist and forensic psychiatrist in full time private practice in London. In his line of work, he regularly performs violence risk assessments. He keeps ducks in his garden in Berkshire, but no guns to trouble the foxes who recently massacred five of his rare breeds.