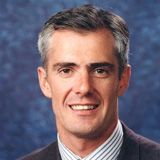 I am running the Dubai marathon in January to help raise money to pay for a 2 year old girl with cerebral palsy to go to the US for an operation. This will be my 14th marathon, and I don’t need much persuasion to run it—but am I doing the right thing in helping raise money?

My initial reaction when I first heard about the girl was to wonder why the  NHS  couldn’t treat her. I’m a manager in the NHS, and I spent some time investigating before I agreed to help raise money.

The girl was born with cerebral palsy, and her parents understandably want to do the best that they can for her.  They searched the internet and discovered a treatment called selective dorsal rhizonotomy (SDR), which has been provided in St Louis Missouri over the past 20 or so years. The treatment involves cutting nerves in the lower spine that are responsible for muscle rigidity with the aim of easing spasticity and improving mobility. Over 2000 children have been treated, and there is what seems to me, a physics not a medical graduate, strong evidence of positive outcomes with limited complications. St Louis remains by far the leading institution for this treatment in the world, and two thirds of their patients are between 2 and 5 years old.

Not all children with cerebral palsy will benefit from the treatment, but the team at St Louis has reviewed the case of the girl I’m hoping to help and consider that she should greatly benefit. They also consider that there would be benefits to treating her soon rather than waiting, as this would reduce the risk of her needing further surgery.

NICE published guidance on the treatment in December 2010, and its guidance is that children should be at least 4 years old before being treated—even though the evidence from the US suggests earlier treatment is beneficial. But even if the parents of the girl I’m hoping to help wait until she is 4, there is no guarantee that the primary care trust will fund the treatment.

The treatment is now available at North Bristol NHS Trust, a recognised centre for paediatric neurosurgery, but the consultant leading the work, Kristian Aquilina, also believes that the girl I’m hoping to help would benefit from surgery now rather than waiting until she is 4. The trust began treating patients earlier this year and have to date treated six patients. They have had a mixed response from primary care trusts, with some willing to fund the treatment and others not. An estimated 30-40 children go from the UK to the US for treatment each year.

The parents of the girl I’m hoping to help aim to raise £50,000 and have put huge effort and initiative into a whole range of local fund raising events. They raised almost half of their target in two months, and they have a date for surgery in February. After my inquiries I’m sure that I am doing the right thing in helping the girl, and I hope that she can make the date in February.