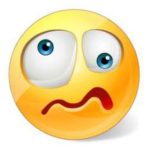 We’re all well aware of the problems of doing randomised clinical trials in paediatrics – small numbers, uncertainty about sample size estimates, lack of funding to undertake the studies – but are we as aware of some alternative approaches that have been used [1]?

“Sequential design” studies look at comparing a series of treatments against each other, switching to the ‘better’ arm and comparing against the next candidate as time progresses… They need quickly and easily available outcomes and tend to be usable only for short-course treatments… but they’ve been estimated to reduce sample sizes by about 25%

“Adaptive design” takes a similar sort of idea, but begins by pitting all the contenders against each other and dropping off the weakest. It can then roll onwards with the final two into a more ‘traditional’ trial design. Again, this need pretty rapid outcomes and fairly short-course treatments, but reduce numbers to only half of those needed in repeated traditional design trials.

“Response adapted” designs are intriguing. These include the withdrawal enriched design – where everyone gets the treatment to start with, then those who show response are randomised to having placebo or carrying on with therapy. This is tricky with ethics – if you’ve shown it to work can you stop? – and has the risk of carry-over effects, and doesn’t work for curative treatments. Another variation is the three-stage design, which starts with a randomisation to treatment/placebo. Stage two is taking the non-responders to placebo, and randomising those again to placebo/treatment, and stage three where only those who have responded to treatment are taken and randomised to placebo/carry-on (like the withdrawal design). This works well with chronic conditions where therapy is not disease modifying, but changes outcomes for a short period.

“Placebo-phase” randomisations are appealing for therapies with a good chance of success. These randomise participants to all receive the treatment .. the randomisation is about “when” to get it .. with variable placebo phases before treatment is commenced. This offers the opportunity to treat every child, and still manage to estimate the effect of a therapy. This does rely on a) you not needed immediate disease-altering treatment and b) the disease process not changing massively over time so the ‘later’ ones have more disease to get rid of than the earlier ones.

“Bayesian approaches” are the oddest to think about. They start from the principle that we do NOT have a 50%  knowledge about a therapy, but based on adult evidence and possibly prior phase II chil studies, we actually believe it’s about 60-70% (or whatever) effective. The trial analysis then ‘builds’ on this ‘prior knowledge’ to come up with an answer based on the assumptions and the data. This can greatly reduce the amount of people needed in the trial, but can feel very suspect. (Even if it accords beautifully with what we do in diagnostic reasoning.)

Now don’t expect these – or the even odder ‘trial within a cohort’ design – to be battering through your letterbox in the ADC each month. But broaden your mind and consider that things may, possibly, be better done differently.