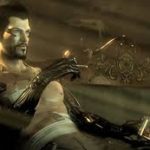 If there was a chance that you missed a diagnosis about which you would be able to intervene 2:1,000 times, and that the test which could diagnose it cost about £3 and was minimally invasive – wouldn’t you be daft not to use it?

The dilemma is common – there are a whole list of things that are traditionally associated with a differential diagnosis which may be exceptionally rare and sometimes coincidental rather than causative.

A group of enterprising trainee docs in the UK took it upon themselves to dive deep into the literature and undertake a systematic review and meta-analysis to see how often a UTI really was related to neonatal jaundice. (It’s something I recall being a ‘must check’ from the dark ages of pre-millennial paeds.)

They tracked down 18 papers and battered them into geographically distinct groups to show between 8 and 0.2% of infants with jaundice had a ‘UTI’ — though the criteria were not always the clearest for diagnosing infection. Now this doesn’t immediately tell you what you should do – 0.2% is not a decision but a piece of information – but it does give you a very solid start on a conversation about what needs to be balanced when looking after this group of infants.

And before you worry just about the UTI you ‘miss’, also think about the harm (potentially physical and psychological) of those you incorrectly diagnose with a UTI and investigate enthusiastically for non-existent renal problems too…

(For those who want to be part of an enthusiastic bunch like this, I’m sure they’ll be happy to hear from you and tell you the real experience of dealing the the ogre-like Journal they published in.)