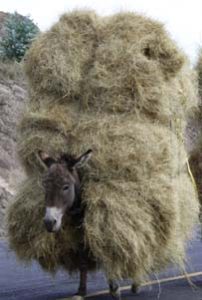 In this guest post, Gabriella Morley reflects on her experience as a just-qualified doctor in paediatrics in Birmingham, UK, and what the experience of the “Learning From Excellence” model feels like to those under the greatest strain at the moment – junior doctors in England.

It could probably be said that this was one of the most turbulent and uncertain years for doctors in the NHS. Yet the contractual dispute was the proverbial last straw causing the final break in our backs. For a long time now, morale in the NHS has been fading.

I didn’t really get this though before I started life as an FY1 back in August ’15. How could people be dissatisfied, frustrated or, frankly, just down right fed up when they are doing, what I perceive, is a very meaningful job?Of course that’s naive, but until you’re in its hard to fully appreciate just how stretched the system is. Now I know, there is a constant in our hospitals which is a backdrop to our day: tension. It’s almost palpable. We feel under pressure constantly quite simply because there is demand greater than our supply. The beds are full, the A and E swamped and ‘crisis’ is becoming a norm. We worry about what our next shift might have in store for us as the rota gaps get more prevalent and the workload intensifies. We are scared that this struggling system may mean we slip causing damage to the very people we so badly want to help. It’s thus not surprising that morale, “the level of psychological well-being based on such factors as a sense of purpose and confidence in the future”, is looking a bit peaky.

It doesn’t have to be this way though.

‘Learning from excellence’ offers an initiative which may just help mend some broken backs.

This is a formal way of recognising when people do a great job, finding out how they did such a great job and then putting in place ways to reproduce that excellent work. Oh and along the way, that person or team are actually told they’ve done well. Their efforts and achievements are appreciated. Its exquisitely simple, but absolutely genius. Because being told well done or being thanked shows you that you’ve done a good job. And, it makes you want to do the same again. It goes to the very heart of everything that we still work so hard for: to think yes, I have been of value today.

Learning from excellence has been part of the culture in Birmingham Children’s Hospital for a few years and I have been fortunate to experience it. I’ve also been in other hospitals where the culture is not so positive and morale is, well, non-existent. We are losing and we will lose great healthcare professionals if we don’t do something to bolster the morale. To make the load bearable. To be reminded of just how great our job can be.

It seems to me that learning from excellence can offer an answer. It’s not going to be the end of our recruitment and retention crisis, or whatever the management jargon is. But it’s a start. It’s a much needed start. Because the straws will keep being loaded on, but we cannot let our backs break