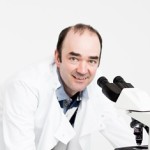 Inspired by the wisdom of @ian_wac in the previous post, I wracked my brain to think of five top tips that I would give (if ever asked) on “How to be a Consultant”.

My experience of becoming a Consultant was, perhaps, a little odd in that I began as, and continue to be, a part-timer. This in itself brings lots of challenges, such as:

Having chatted to quite a few other less-than-full-time docs, I think some of these feelings are common to many of us.

Some of my top tips for being a Consultant then come out of these, and should be set alongside a longer run-in to comfort than you might expect. For me, it took getting on for three years before some days I would say “I’m one of the Consultants …” and actually believe I really was, rather than playing at being one.

Anyone else have any more they wish to offer?

Factors that may improve paediatric workplace-based assessments: an exploratory study