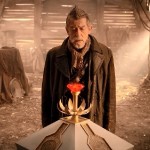 I’ve been reading, Tweeting, FaceBooking and thinking about self-asphyxial behaviours (SAB) for the best part of two weeks, and have driven myself partly potty worrying about the moral implications of my actions and a desire to parent the world.

(I should emphasise – very very clearly – that this relates to a systematic review published by the journal before anyone becomes concerned for me personally. Particularly as this follows a blog on burnout.)

The review scoured eight databases and supplemented this with contacts to seek grey literature to find out what it could on research on the epidemiology of non-erotic self-asphyxial behaviours (SAB); it developed and applied risk of bias assessments based on established criteria for the different types of study sub-question that were being answered; it performed a sensible synthesis that drew the quantitative data together then threaded them with an intelligent thematic overview; and it writes thoughtfully about how this study needs to taken on in research, policy, education and clinical practice.

The accompanying editorial brings this into a context for your jobbing clinician – be aware that about one third of young people know about ‘the choking game’ and up to 1:6 will have undertaken a variant before they are 20. That the ‘game’ can be fatal.

And my moral uncertainty? Not any dubiousness about the research being promoted, or the conclusions drawn, just a nagging feeling that if we start to talk about this – do we make it more likely to happen?

So – quick scour of the systematic review literature on links between media exposure and SAB leads to a mildly reassuring nothing – but when the glance goes slightly sideways – into suicide reporting by the ‘regular’ media and changes in rates – we get a different picture. There’s a suggestion that reporting might increase suicide rates, though it depends if you’re an entertainment star or not and where you live. It’s probably true that poor quality reporting (sensationalist stuff) if far worse for the population at large than ‘responsible’ reporting.  Looking directly at young people who are at risk, those who are self-harming or have suicidal ideation, and their use of the internet, gets a mixed picture of some positive supporting roles alongside negative aspects.

And from this … we get to here.

I don’t think we’ve done anything wrong here. I hope we’ve made you all uncomfortable.