A national level multi-stakeholder consultation was held in New Delhi, at which the government and NGOs resolved in favour of a complete ban on advertising, promotion and sponsorship (TAPS) of tobacco products. The health secretary of the ministry of health and family welfare, Shri Keshav Desiraju while inaugurating the wall of shame said: “We will issue guidelines to the departments concerned to ensure that appropriate action is taken to prevent violation of TAPS”.

The intent of the consultation was to deliberate on development of national guidelines/recommendations for a ban on TAPS and effective enforcement of Section 5 of COTPA – the Indian tobacco control law, which prohibits any form of direct or indirect TAPS. State Focal Points (Tobacco Control), State Consultants (NTCP), State WHO Consultants and civil society organizations working on tobacco control, from nearly 15 sates of the country attended the consultation.

Major highlights of the consultation included:

The consultation was organized by HRIDAY (Health Related Information Dissemination Amongst Youth) and Voluntary Health Association of India (VHAI) in collaboration with The Ministry of Health and Family Welfare (MoHFW), GoI and World Health Organization Country Office for India.

Mary Anne Charity Trust (MACT) is an NGO in Tamil Nadu state which works actively in the advocacy of change in policies related to tobacco. MACT along with Tamil Nadu State Tobacco Control Cell, Cancer Society India and other NGOS organised “Tamil Nadu- Illustrators for Tobacco Control,” on May 31 to commemorate World No Tobacco Day.

The Mayor of Chennai Corporation, Honourable Saidai Samiyappan Duraisamy inaugurated the event and gave the key note address. The mayor appreciated the goal of the event to take the art works to the government schools and educate the children about the danger of consuming tobacco.

The public got an opportunity to see the illustrators in action. They gathered around the illustrators with curiosity and were much thrilled about the work that was carried out. The event met with its objective when the public enthusiastically discussed about tobacco and its ill effects.

The illustrations that were created will serve as knowledge building tool in exhibitions conducted in schools across the state in an effort to educate the kids on the ill effects of tobacco. 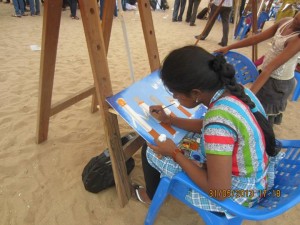 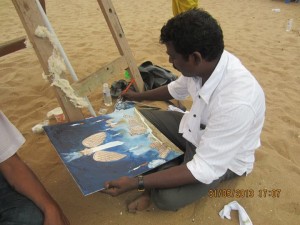 WNTD was busy in Lucknow. Activities included a rally, a cancer screening camp, and a ‘wall of shame’ of violations of India’s TAPS ban.  This was followed by a pledge for non-smoking and quiz competition. Similar activities, also organised by the Cancer Aid Society, were held in Mumbai and Kanpur. 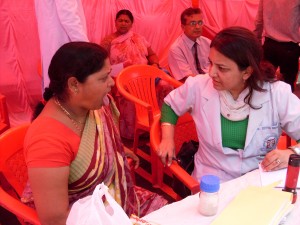 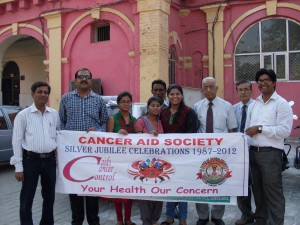 The Indian Cancer Society, Delhi, organised a poster and skit competition, held in the lead up to WNTD. Some of the photos of the winners are below: 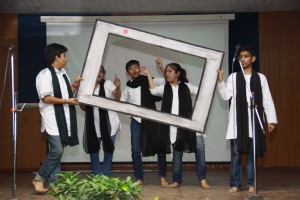 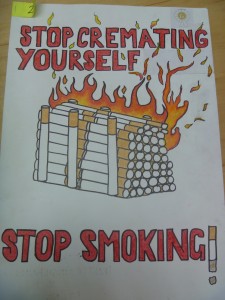