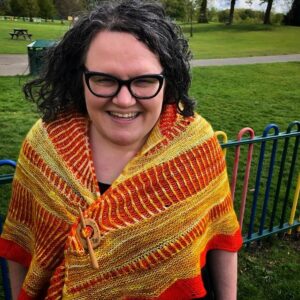 And so began an obsession with a part of the body I hadn’t thought about since medical school.

What’s a Eustachian tube and how does it become Patulous?

The Eustachian tube is the small passageway that connects your throat to your middle ear. Under normal resting conditions it is held closed by the pressure of surrounding tissues and opens when you sneeze, swallow, or yawn.

A Patulous Eustachian Tube (PET) is one that stays open all the time. This causes external sounds to seem muffled and causes an abnormal awareness of ‘internal sounds’ such as your own breathing and speech [1].

How common is it?

Rapid weight loss causes the fatty tissues holding the Eustachian tube closed to shrink leading to PET. Because of this association we thought that PET would be more common in patients with advanced cancer so we did a study to find out.

We recruited 36 participants with cancer (24 women and 12 men). Participants were aged between 52 and 92 years (mean=70.7). The participants had a range of primary cancers and most (25 of the 36) had metastatic disease.

What did the patients have to say about it?

We conducted interviews with five participants and identified several themes.

Two participants described feeling as though their ears were closed or blocked.

“I feel as though somebody’s stuck a bit of cotton wool in there and not taken it out. It’s just dulled your hearing a bit.” (Participant 4)

All participants spoke about adaptations that their families or friends made to aid communication.

Participants described the emotional impact of their communication difficulties. The majority of participants expressed a fear of missing parts of conversations and spoke of this making them feel dissociated from their loved ones.

Most participants spoke about wanting to understand the cause of their symptoms rather than simply being offered aids to manage hearing loss.

Two participants expressed concern that the underlying cause of hearing impairment was brain metastases.

There were several comments related to body image and stigma associated with hearing aids. Participants who had tried hearing aids didn’t find them useful.

Why should it matter to me?

In palliative medicine we spend a lot of time paying careful attention to the words we say but it’s equally important that patients can hear our carefully chosen words!

Patients with PET may struggle in discussions held in a large group e.g. discharge planning meetings. Patients may also struggle to understand what is being said to them in noisy ward environments. It is important that these issues are considered, and that adaptations are made to allow effective communication.

Now that I know what you’re talking about what changes can I make to my practice?

Early dietitian referral in lung cancer: use of machine learning