Professor Anica Jusic is a retired neurologist in Zagreb, Croatia, and became aware of the need for further care for her patients – particularly those with progressive neurological disease, such as amyotrophic lateral sclerosis. She attended the first International Symposium on ALS/MND in 1990 and she became aware of the concepts of palliative care and was able to meet Dame Cicely Saunders at St Christopher’s Hospice in 1990.  She has continued to press for the development of palliative care in Croatia and helped to found the Croatian Society for Hospice and Palliative Care in 1994 (1).

Professor Jusic is now 94 and still remains active and has been writing of her experiences, including an autobiography entitled ‘The Two Lives of Anica Jusic (2 ) – the life as a neurologist and her life in palliative care’.

Here, she would like to share her experiences of Parkinsonism and how she has benefited form exercise, and in particular Nordic walking: 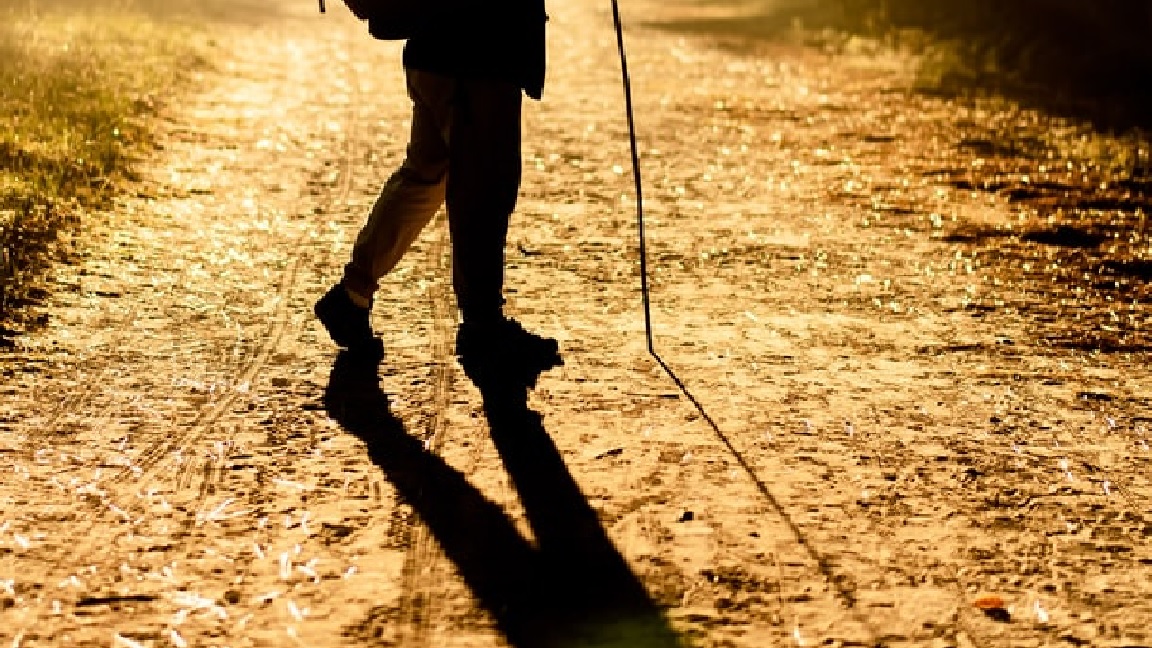 As a neurologist, working for 31 years and retired since 1989, I was only too aware of the symptoms that I was developing in 1997 when I developed some diffuse stiffness and unexpected falls, falling like a lead soldier. The diagnosis of Parkinsonism became clear and I deteriorated and falls recurred, most frequently during unexpected stopping when walking or changing the walking direction, or when descending down even a small step. It became even more obvious as I noticed small, short steps with dragging of the feet, with reduced hand movements and bent posture.

Before I even noticed my own extrapyramidal signs, I had attended a course on the use of Nordic walking sticks. Nordic walking (originally Finnish sauvakävely) is fitness walking with specially designed poles (see video). Compared to regular walking, Nordic walking (also called pole walking) involves applying force to the poles with each stride. Nordic walkers use more of their entire body (with greater intensity) and receive fitness building stimulation not present in normal walking for the chest, triceps, biceps, shoulder, abdominals, spinal and other core muscles that may result in significant increases in heart rate at a given pace. Nordic walking has been estimated as producing up to a 46% increase in energy consumption, compared to walking without poles.

I wondered if Nordic walking would be beneficial to me, and I developed the hypothesis that as most of our motor activities are automatic, with a small percentage of conscious corrections, Nordic walking could potentially be helpful, given that I worked out that the movements are the opposite to those seen in Parkinsonism. In Parkinsonism and Parkinson’s disease, there is development of short steps, with dragging of the feet, decreased movement in the hands, no coordination of arm and foot movement, a bent attitude and an almost immobile lumbar region. In Nordic walking the steps are long, there is no dragging of the feet, the hands and the shoulders are in positions of anteflexion and almost extended in the elbows. The movements of hands and feet are coordinated. The long step with the left foot is accompanied with the right hand movement in the shoulder and elbow region. There is rotational movement in the lumbar region, and the posture is almost upright.

My aim was to improve the pathological automatic movements. To correct any movement you must be fully conscious of it, and the consciously corrected movement must be repeated again and again. With conscious, persistent repetition of the ‘correct’ movement it becomes more automatic and intuitive. Practice makes perfect.

I noticed the first effects after about 11 months of Nordic walking (3). When on one occasion I was immobilised after an accident, there was a noticeable reduction or disappearance of what I had already achieved. But when I was able to start Nordic walking again, the improvement and the desired changes occurred swiftly, within a few weeks (not as before over some months).

I am now 94 and I can now move at home without sticks, and when I am outside in the street one or two sticks are necessary, depending on the distance. I have not fallen for many years.

The use of Nordic walking has been suggested elsewhere, although admittedly no clear differences have been found compared to other walking exercise (4,5,6). However, the repetition of the same pattern of movement changes the initial  slow conscious movement into much quicker, automatised movement. In the same way that a sportsman becomes capable of reaching ‘Olympic results’, a patient can develop a healthier pattern of movement. However, in both areas there is the need for persistence in repeating the same movement, with significant mind over matter in order to continue and improve.