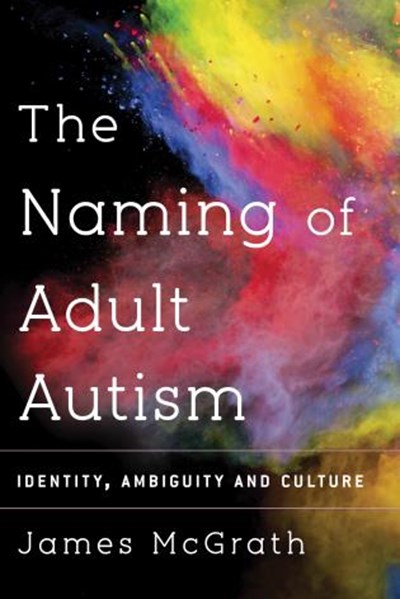 In an article for the Poetry Society, Joanna Limburg explained that her collection The Autistic Alice[1] approached the issue of what it meant to write as an autistic subject rather than being about ‘growing up with undiagnosed Asperger’s Syndrome’ (2017).

This is because she did not feel qualified to talk about autism in the first person since she was only diagnosed at 42 when ‘Asperger’s Syndrome’ had recently become a diagnostic category. During her childhood, she would simply be called ‘weird’, ‘awkward’, ‘precocious’ and ‘difficult to get on with’. Furthermore, ‘autism’ still carries the wrong connotations. She is, among other things, ‘not all that numerate, not all that technically minded’ and ‘not terribly interested in science fiction’. Whatever comes closest to conveying the experience of writing as an autistic subject is experiencing language as ‘an object in itself, a physical thing made of shapes on the page and sounds in the air.’

Common representations of autism and autistic writing make it hard to attend to autistic subjectivity, especially when, as for Limburg, this includes ‘experiences that do not fit conventional rhetorical forms’. In The Naming of Adult Autism, McGrath convincingly argues that clinical representations of autism from the 1990s create a ‘new classic autism’ that is associated with a lack of interest in the arts but expertise in the sciences. He describes how the association of autism with savant skills, resulting from the 1988 film Rain Man, joined forces with a new clinical focus on STEM skills, maleness and systematising to produce a new ‘character type’. While comedies embodying this type – Sheldon from The Big Bang Theory and the narrator of The Curious Incident of the Dog in the Night-Time – may seem to show the more ‘positive’ aspects of autism, they reproduce a discourse that ‘otherizes and sensationalizes both the impairments and abilities that constitute autism’ (165).

In his painstaking study, McGrath judges whether writers including Douglas Coupland, Margaret Atwood, Clare Morrall and Meg Wolitzer manage to ‘flesh out’ the autistic characters from these unpromising cultural stereotypes. In doing so, he addresses a far wider range of cultural, clinical and critical sources on autism than literary critics have done before. Furthermore, he interprets cultural works from his own situated perspective as an autistic literary critic.

Like Limburg, McGrath refers to his own autistic subjectivity in parentheses, and the majority of his readings are intended to guide the general reader. This focuses on what is missed through scientific framing metaphors such as the ‘extreme male brain’ or ‘mindblindness’ or ‘weak central coherence’ as guides to forms of experience. This is because ‘metaphor often displaces factuality by invoking two properties to make a statement about just one of these’ (86). Rather than naming adult autism, these are essentially redefinitions that define autism as defective non-autism. Non-autistic metaphorical understandings of autism do not, and cannot, convey autistic subjectivity.

While McGrath’s target is most often cultural usage of adult autism, he is also concerned with the power manifest in the rhetorical ‘interpellation’ of the names of autism and Asperger’s by non-autistics. This is addressed in the penultimate chapter, which is called simply ‘Title’ (183) and followed by a poem about a diagnosis:

All the little laws

You thought were yours

Here and in his analysis of Limburg’s work, McGrath invokes the possibility of an intersubjective autistic identity, formed in relation to our perspective as outsiders to communicative conventions. He offers as an example his adaptive reading of Roland Orzabel’s song ‘Mad World’, arguing that the lyrics’ exploration of vulnerability and failure to achieve communication has a particular meaning to the autism community.

While autistic isolation might be explained by autistic ‘social communication deficiencies’, McGrath suggests that the difficulties autistics experience might result from ‘normative standards of communication (211). Defining autism in terms of either communicative deficits or narrow interests makes our collective silence inevitable. For ‘[h]ow much space for expression is actually provided for autistic people in society, culture, art, media and politics?’ (211).

For Limburg, uncertainty writing about autism connects to her general anxiety about expression, resulting from fear over mistakes in body language and tone. ‘[T]he root of the problem’, she writes, is the desire to tell of ‘experiences that do not fit conventional rhetorical forms’. The written language that plays with form offers her greater scope for conveying her meaning. As a critic, McGrath demonstrates the power of readings that do not merely perpetuate conventional ideas about communication.

Literary critics working in the medical humanities have drawn on ideas from cognitive psychology to support their readings. McGrath attests to the need to approach clinician’s ideas more critically if we are to place a special value on culture and the arts in creating ‘imaginative meeting points between people of diverse subjectivities and identities’ (213). Fuelled by his and other autistic people’s experiences of epistemic injustice, McGrath demonstrates the potential for humanists to address the full range of human experience.