Helen King is Professor Emerita in Classical Studies at The Open University, UK

My latest book is about the Hippocratic corpus, but although I’m a classicist by training I only address the usual issues of authorship, theories and practices to set the scene. Instead, my focus is on what I’ve called ‘Hippocrates Now’: the online uses of Hippocrates to make claims and counter-claims about medicine, to sell products or to promote theories. Where we meet Hippocrates online today is often on Wikipedia, and I dedicated one chapter to some particularly bizarre claims that have been kick-started there, but many will first encounter him via social media or news sites.

Today, Hippocrates often operates at the level of ‘quotes’. Collecting quotes and sharing them are hardly new phenomena: the roots of books of quotations lie in the early modern commonplace book. Phrases are cultural capital, and may be inspirational, or simply decorative; something to live your life by, or just to include in a speech. There’s some resemblance here to fundamentalist approaches to the Bible; everything depends on whether you can produce a verse in support. What’s different about Hippocrates is that the verses don’t exist; leaving aside the problem that nothing in the Hippocratic corpus can be definitively assigned to a man called Hippocrates, the reason why Hippocrates quotes float freely in space without a named text is often that there isn’t one!

In a circular way, quotes with a historical figure attached both enhance the value of the quote and reinforce that figure’s authority. But they don’t do you, the quoter, any harm either. Ruth Finnegan, who wrote Why Do We Quote? The Culture and History of Quotation (2011)—the best study to date of the many reasons why people quote—herself quoted David Comins: ‘People will accept your ideas much more readily if you tell them Benjamin Franklin said it first.’ That seems to be how Hippocrates quotes work. Incidentally, David Comins himself is something of a mystery, one blogger concluding that he was ‘famous for this quotation, and nothing else’; unusually for the world of quotes, his quote lives on, including in this Benjamin Franklin collection, without him gaining any benefit from its repetition.

Among the Hippocrates quotes most widely shared on the internet and via social media and memes are ‘First do no harm’ (often wrongly attributed to the Oath), ‘Let food be thy medicine and medicine be thy food’, ‘Walking is the best medicine’ and ‘All diseases begin in the gut’. Some are close to a real text: others less so. Repetition gives them authority. On social media, users may attach images which move the meaning of the words in one particular direction; for example, if someone tweets ‘Let food be thy medicine. Hippocrates’ and attaches a picture of raw foods, this will have a different meaning from the same tweet accompanied by a picture of one specific food. 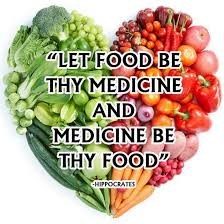 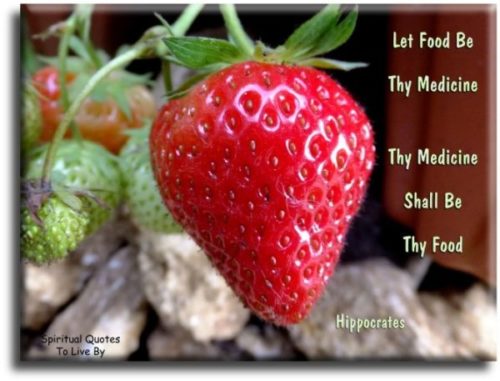 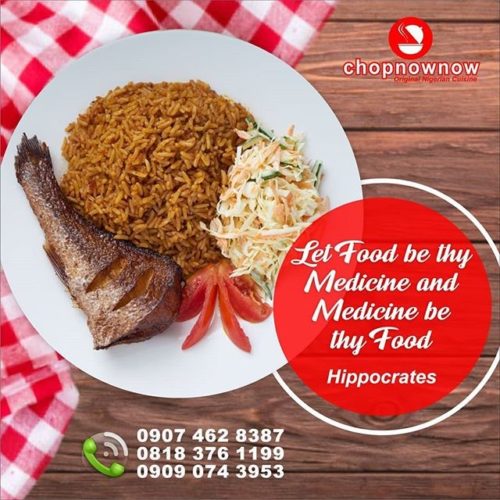 Archaic language can lend a historical feel and the authority assumed to go with that. For the food/medicine quote, several variants circulate; some prefer ‘your’ rather than ‘thy’, going for immediacy and relevance. In ‘food should be our medicine and our medicine should be our food’ an egalitarian ‘we’ work together rather than experts telling patients what to do, alongside the more threatening ‘Eat your food like your medicines or else you will eat your medicines like food’. Sometimes a variant is presented as Ayurvedic, or just as ‘an old saying’, but most commonly its authority comes from Hippocrates.

There’s much enthusiasm for the food/medicine quote among those who practise and use complementary or alternative medicine, but also in mainstream medicine; in a 2004 editorial in the British Medical Journal, Richard Smith quoted Mark Lucock’s review of the role of folic acid which ended with ‘Hippocrates’ famous … philosophy’ of ‘Let food be thy medicine and medicine be thy food’. Smith ended his own piece with the statement that ‘Hippocrates would be pleased’ at the increasing interest in the science of food. People now often think they know just what Hippocrates would have thought or said.

What happens when they are told otherwise? In 2013, Diana Cardenas demolished the claim that ‘Let food be thy medicine’ is in the Hippocratic corpus. The full text of her article, available through ResearchGate, has had over 12,000 reads, some users of the quote are now aware of her work; however, it doesn’t make much difference. ‘Dr Goodfood’ argues that authenticity doesn’t really matter because ‘it’s obvious from Hippocrates writings, that diet and lifestyle regime were at the center of his thoughts’.

Some widely-repeated quotes even have more than one author. Reddit’s quotes site includes

You’ll more commonly find the sentiments of this particular quote, or its bumper-stickered version of ‘treat the (whole) person, not the disease’, attributed instead to one of the greatest physicians of the modern era, Sir William Osler (1849–1919): ‘The good physician treats the disease; the great physician treats the patient who has the disease.’ Hippocrates didn’t say or write this: did Osler say? I enlisted Dr Mary Hague-Yearl of the Osler Library to help here, and she checked with one of the compilers of The Quotable Osler, a book reviewed by the Mayo Clinic Proceedings as ideal for ‘Anyone who cares for patients’. Charley Bryan replied that he was ‘99% sure that it was merely attributed to Osler’. Possibly it is based on something Osler did ‘say’, in an address to Albany Medical College students in 1899: ‘Care more particularly for the individual patient than for the special features of the disease.’ When the quote moves from Osler to Hippocrates, it also recalls Lasagna’s 1964 version of the Oath, which includes ‘I will remember that I do not treat a fever chart, a cancerous growth, but a sick human being.’

Hippocrates, or Osler? As a founding principle of medical humanities, this quote can be attached to whoever the founding father is chosen to be.