Clinicopathological correlation in dementia subtypes remains challenging, with similar clinical syndromes often caused by different pathologies. With the diagnosis of dementia relying primarily on clinical evaluation, this ambiguity clearly impacts clinical practice and has accelerated the search for biomarkers to help facilitate diagnosis and treatment. In this regard, apraxia profiling has recently gained momentum in the literature as a means to differentiate dementia subtypes on a biological level, a concept which is further investigated by Pawlowski et al in their recent paper published in JNNP. Specifically, the authors studied 84 patients clinically characterised within the frontotemporal dementia spectrum (FTD), and analysed the use of apraxia screening to predict Alzheimer (AD) pathology in this cohort. 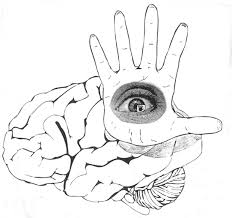 Historically, the descriptive term ‘apraxia’ was first coined by Heyman Stenthal in 1891 when he noted patients with aphasia incorrectly using objects and failing to perform purposeful actions. The term is now analogous with the presence of higher motor dysfunction in the absence of any elementary dysfunction in the sensorimotor system or other explainable cognitive impairments (such as language, understanding or recognition). In this study, the authors performed an apraxia screening assessment (the Cologne Apraxia Screening test, CAS) and use a ‘CAS functional score’ (CAS limb score – CAS face score) to differentiate between AD versus FTD praxis impairment, based on the reported observation that FTD patients have relatively preserved limb apraxia with more pronounced orofacial apraxia. A CSF biomarker ratio (total tau/amyloid beta >0.52) was additionally used to indicate the presence of AD pathology. Interestingly, the authors report evidence of potential AD pathology (based on CSF biomarker profiling) in a relatively large proportion of patients with early stage FTD (43%), positively correlating with the presence of an AD-type apraxia on the CAS functional score.

Overall, these results suggest the possible use of apraxia profiles as a powerful yet simple discriminator of such pathology in patients with FTD. Importantly however, and as also acknowledged by the authors, studies corroborating these findings on a microstructural level (such as with the use of advanced neuroimaging and/or post-mortem analysis) would be needed to further consolidate their pathological veracity. Anatomical models dating from the 1920s have suggested the key involvement of left parietal regions (particularly for limb apraxia), but several new anatomical correlates have now also been proposed, suggesting a more complex cortical-subcortical network type dysfunction. As the natural history of apraxia is heterogenous, longitudinal studies to clinicopathologically and anatomically link the in vivo fluctuations of praxis profiles to disease course would also be of relevance in clinical practice. If corroborated, the authors’ findings would argue for the routine bedside use of apraxia screening in the assessment of early neurodegenerative disease, and as such remains of foremost clinical importance.