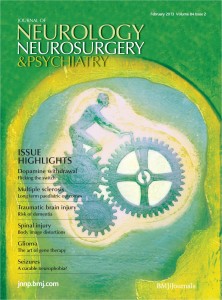 In “Chapters from My Autobiography” published in 1906, Mark Twain noted that “figures often beguile me, particularly when I have the arranging of them myself; in which case the remark attributed to Disraeli would often apply with justice and force: ‘There are three kinds of lies: lies, damned lies, and statistics”.

Apparently no mention of the phrase could be found in the Disreali archives, but regardless of attribution, the phrase found resonance at the time and thereafter, and seems particularly relevant in the ever changing world of medical publications and the calculation of their metrics.

To understand the basis of publication metrics and value more generally, perhaps it would be best to start by considering why clinicians seek to publish their clinical research in the first place. Is it to convey advancement, to participate in medical discovery, to improve patient outcomes, to generate personal funding, publicity, acclaim, or to enhance their curriculum vitae? While considering these motives, what then are their metrics of success? Separately, irrespective of the desires of an author, from a publishing perspective, medical journals remain a profitable business, associated with significant monetary awards. Indeed, publication of a single manuscript can generate reprint sales of GB£1.5million and beyond.

Where then lies the future role of a specialty journal such as JNNP? In the past there was significant branding across the specialty journals, and each appeared to developed a separate niche. Readers would adopt their favourite journals, some for a good fireside read, others passing for or contributing to bathtime entertainment (‘What neurologists read’; Charles Warlow, personal communication). With significant developments across electronic media, and planned changes in free and open access for all medical research, such individualised approaches may begin to have less meaning, as the boundaries become blurred. One only needs to observe the changes afoot across the newspaper media landscape to understand the new rules of engagement (or non-engagement), the impact of new media and the effects of cannabalism. Similarly, medical students, allied health staff and doctors, whilst previously having turned their attention to medline and equivalent to direct their research needs, may now be more engaged with Facebook and Twitter.

When considering the role of JNNP in medical publishing and education more generally, the journal is now approaching its centenary.

Age has not wearied the journal, and it continues to metamorphose with the times.

In addition to being at the forefront of current neuroscience practice, the journal’s reputation built up from launch in 1920, is reflected through achievement of the longest journal citation half-life across the clinical neurosciences. That is to say that the original JNNP manuscripts continue to be heavily cited, many in the thousands, some now with more than 10,000 citations.

With the perpetual evolution of medical publishing, JNNP continues to be excited about the future. The journal strives to identify key new developments and potential future discoveries in the constantly changing world of neuroscience.

Traversing the realm of clinical neuroscience, we hope to uncover the citation classics of the future, while at the same time, catering to a more general audience with teaching and wider instruction in mind.

Despite the challenges of an ever-changing medical publishing landscape, with the need to adapt and remain fresh (including the launch of our new cover image with this issue), we look forward to sharing the trail blazers with you over the coming year!