A web app has been developed that can test the eyesight of people with conditions that cause vision loss – particularly stroke.

Hemianopia is a condition that causes a loss of vision in either the right or left sides of both eyes. It is a common side effect of stroke. Less commonly, it occurs after an injury to the brain or a brain tumour.

People with hemianopia can often make adaptations and changes to their lifestyle to cope with the loss of vision. The first step is to identify exactly how their hemianopia has affected their vision. Doctors usually do this by testing a person’s eyes using what’s known as a visual field test. This tests the portion of the person’s surroundings that they can see at any one time.

Researchers have now developed an app to test the visual field of people with Hemianopia – as published in JNNP (Patient Choice; Koaiva and colleagues, 2012):

What does the new study say?

The Read-Right app was an accurate way of testing people’s visual field.

Read-Right was particularly good for finding parts of people’s vision that hadn’t been affected by hemianopia. It rarely falsely identified people as having problems with their field of vision when they didn’t.

What does this study mean? 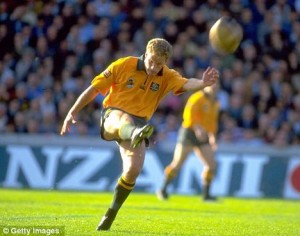 If you have concerns about your vision after a stroke, like Wallaby great, Michael Lynagh (Fig 1 above; http://www.dailymail.co.uk/sport/rugbyunion/article-2138304/Michael-Lynagh-mend-stroke.html), or a brain injury, then this app may prove useful to monitor your recovery.

Listen to the poscast with the author: