Primary gonadal failure is characterized by a lack of spontaneous pubertal development, primary amenorrhea or early menopause in females, and underdeveloped testis and azoospermia in males. Its genetic causes remain mostly unknown.

Our findings indicate that MCM8 is crucial for gonadal development and maintenance and suggest its relevance in the larger context of reproductive lifespan in humans. (By Dr. Yardena Tenenbaum-Rakover, http://jmg.bmj.com/content/52/6/391 ) 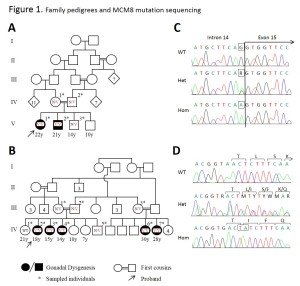