Atrial fibrillation (AF) is the most common arrhythmia and a hereditary disease. AF may be caused by the joint effect of many or several common genetic variations or variants. Genome-wide association studies (GWAS) have identified common genetic variants in several genes associated with AF. Recent studies also suggest that rare genetic variants or mutations may also cause AF. Such rare variants may have a large effect and therefore we hypothesized that these rare variants are enriched in patients with severe symptoms. Importantly, we also hypothesized that rare variants and GWAS-defined common variants might locate in the same gene. We used next-generation sequencing to in-depth sequence all the AF genes in which there are GWAS-identified common variants, in carefully selected patients with extremely symptomatic AF patients. We proved our hypothesis, and identified 6 novel mutations, one of which we proved significantly affected PITX2 gene (the most important AF gene) expression. (By Dr. Chia-Ti Tsai, http://jmg.bmj.com/content/early/2014/11/12/jmedgenet-2014-102618 ) 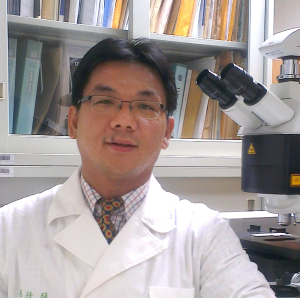