In the United States, sports-related traumatic brain injuries (concussions and otherwise) have been a HOT topic. In 2013, approximately 4,500 former NFL players sued the league, claiming that the NFL failed to educate, manage, and protect its players from head injuries. Judges approved a settlement of $765 million that would fund concussion-related compensation, including medical exams and research for ex-players. This past year, Chris Borland, a 24 year-old, highly revered linebacker, decided to retire after playing only one year of professional football. His reasoning was that football was “not worth the risk” to his health.

The NFL is not the only sporting organization looking at concussions among its players; other organizations include the National Hockey League (NHL) and the National Collegiate Athletic Association (NCAA). Most recently, the U.S. Soccer Federation (USSF) announced that it has developed a set of guidelines for its youth leagues in which it recommends a ban on headers for players ages 10 and under and a limit on headers for players between 11 and 13 years of age. The USSF also developed a standard protocol in which medical professionals, as opposed to coaches or referees, make decisions about return-to-play for players who are suspected of sustaining a concussion. 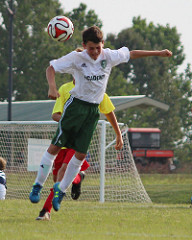 The USSF developed these guidelines in response to a class-action lawsuit which targeted six of the largest youth soccer groups, including FIFA, U.S. Youth Soccer, and the American Youth Soccer Organization. The lawsuit claims that these organizations have “failed to adopt effective policies to evaluate and manage concussions.”

A September 2015 study in JAMA by Comstock, et al. evaluated trends in soccer concussions among youth players. The study found that the most common concussion mechanism was contact with another player (player-player), not a ball – this is consistent with other literature. 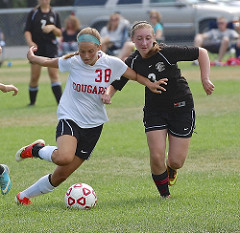 The study concludes that reducing athlete-athlete contact across all phases of play – not just headers – would be more likely to prevent concussions. It also mentions that, culturally, banning headers may not be a feasible prevention effort. After all, an integral part of the Beautiful Game is headers (Robin Van Persie during the 2014 FIFA World Cup, anyone?). The soccer community, anecdotally, seems exceptionally resistant to the prospect of banning headers. As injury researchers, we know that one of the most important aspects of a successful and effective public health intervention is cultural feasibility.

With this in mind, I don’t think it is likely the USSF’s announcement about banning or limiting headers will significantly affect the epidemiology of concussions in youth soccer.  At most, this sends a strong message to coaches and brings safety management to the forefront. (The new rule which requires a Health Care Professional, [shoutout to Athletic Trainers!] to be present to make decisions regarding concussions instead of coaches or referees could be positive, though!)

Either way, one has to commend USSF’s attempt at targeted prevention efforts to bring soccer to its high and honorable state: 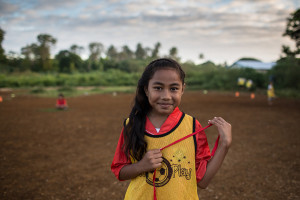 P.S. – you’re not allowed to make fun of me for calling it “soccer” instead of “football”! 🙂