Today we are delighted to kick off this week’s blog series with Clare McVeigh, a lecturer in palliative care for Northern Ireland Hospice, on the background to her award-winning research on palliative care in non-malignant respiratory disease. 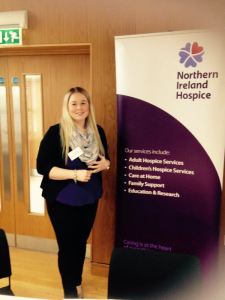 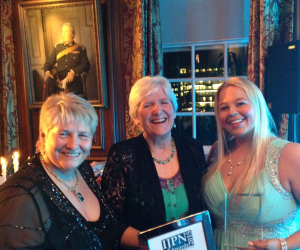 Non-malignant respiratory disease (NMRD) is an umbrella term that includes Interstitial Lung Disease (ILD), Bronchiectasis and Chronic Obstructive Pulmonary Disease (COPD) (National End of Life Care Intelligence Network 2011). Two hundred and ten million people worldwide have a diagnosis of COPD and although the exact figure is not known, it is estimated that more than millions have other forms of chronic respiratory disease (World Health Organisation (WHO) (2008). Interstitial lung disease is a diverse group of pulmonary disorders that are grouped together as they have similar radiographic, clinical, physiologic or pathologic manifestations and are classified as restrictive lung disorders (Schwarz and King 2009).  The cause of ILD is typically not known but the two most common forms are sarcoidosis and idiopathic pulmonary fibrosis (IPF).  Bronchiectasis is the name given to a dilation of the bronchial tree that cannot be reversed (Lange and Walsh 2007). It can be caused by an infection, mucociliary clearance defects, immune defects, allergic bronchopulmonary aspergillosis, localized bronchial obstruction or gastric aspiration (Pryor and Prasad 2008). Although Bronchiectasis is classified as an obstructive lung disorder, and may at first appear to be COPD, the evaluation and management of the disease differs to the way COPD is assessed and treated (American Thoracic Society 2012). COPD is a progressive disease that results in lung parenchyma being damaged and the airflow in the lungs being obstructed (Currie 2011). COPD is a chronic life limiting illness and patients are normally diagnosed as being in the terminal phase of their illness when acute or chronic respiratory failure is present (Carlucci et al. 2012).

The integration of palliative care should happen early in NMRD and the management of the illness should involve collaboration between the patient’s primary physician and a palliative care physician to allow the patient to have a smooth transition from active treatment to palliative care (Choudhuri 2012). Patients with NMRD should receive palliative care even if they are still actively receiving treatment to slow or stabilize their illness (Duck 2008). Although NMRD is on the increase internationally and nationally, evidence suggests some patients with NMRD and their caregivers do not receive the same standards of palliative care as patients with malignant respiratory disease (Davidson et al. 2003, Goodridge et al. 2008, Partridge et al. 2009). It is important that practitioners are aware of the palliative care required by these patients, their families and their informal caregivers in order to enable them to tailor their responses to the particular needs of this client group (Mc Veigh et al. 2014).