It’s week three of our #ebnjc December blog series which celebrates the inspiring contributions that nurses and midwives make across a variety of settings.

This week our #ebnjc blog series focuses on midwifery and we are delighted to share our first guest blog from Louise Silverton CBE, Director of the Royal College of Midwives. 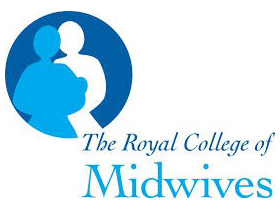 Back to the future: continuity of midwife carer

There was a time, not so long ago, when the midwife was a recognisable part of many communities. She knew the local families and had frequently cared for more than one generation. Whilst not wanting to return to the time where midwives were always on call, something important has been lost and it should be rediscovered and cherished.

I am not referring to Morris Minors or the lack of involvement of fathers; I am though saying that we should champion continuity of carer. That one midwife (with a couple of mates for when she is unavailable), should form a relationship with the woman and her family providing care throughout pregnancy, labour, birth and the postnatal period.

The 2015 updating of the Cochrane review into midwifery continuity of carer (Sandall et al 2015) showed that women who received continuity of carer were less likely to have a preterm birth, a vaginal instrumental birth, require regional analgesia and had less fetal loss or neonatal death.  They also had fewer labour interventions such as amniotomy.  Continuity of carer has been shown to be of value in other areas of healthcare, in long term conditions and  mental health amongst others (RCM 2014).

So, what does continuity mean? That the midwife, as a part of a multidisciplinary team to whom she can refer if needed, provides the vast majority of professional care and support throughout the childbirth continuum. She acts a constant for the woman providing both a social model of care as well as using midwifery skills to monitor progress. Whilst some women do experience this model, many more do not especially those with complex social or medical needs. It is these women who could benefit most.

Can this be provided with today’s flexible and increasingly part time midwifery workforce? Well I think it can, at least for ante and postnatal care. Antenatal clinics are normally on a fixed day per week, so if each midwife undertook to work at least one fixed day, antenatal continuity could be assured. When the midwife is on leave or otherwise unavailable, another member of the team could fill in. Scotland already has a recommendation that women see no more than three midwives during the ante natal period. For postnatal care the midwife could visit on her fixed day(s) with her buddy filling in if needed.

Care in labour and the birth is more challenging as it is not easily scheduled. For those women whose birth is induced it could be arranged to fit in with her midwife’s availability and for those who go into labour spontaneously, it could be another midwife from the team (5 or 6 whole time equivalents). For those women needing to give birth in an obstetric unit, the midwife can help her plan how she wants to personalise her labour and birth.

Current care is fragmented; women complain that they keep being asked the same questions and that they receive different advice. Midwives say they do not have enough time to care. By forming a relationship between midwife and woman, contacts can be more productive, advice can be followed up, women can ask for clarification on previous conversations and the midwife can truly be “with woman”. The RCM believes that continuity of carer is so important that we have made it one of the three domains of our better births initiative.

More information can be found at https://www.rcm.org.uk/clinical-practice-and-guidelines/better-births

Royal College of Midwives (2014)  Brief scoping of the continuity of care evidence base www.rcm.org.uk

Check out EBN’s own top 5 recommended resources on midwifery below: