This Spotlight Blog relates to the following article in BMJ Evidence-Based Medicine:
“Maternal Caffeine Consumption and Pregnancy Outcomes: A Narrative Review with Implications for Advice to Mothers and Mothers-To-Be”
(ID No.: bmjebm-2020-111432.R2)

Blog entry written on: ‘Maternal Caffeine Consumption and Pregnancy Outcomes: A Narrative Review with Implications for Advice to Mothers and Mothers-To-Be’ (bmjebm-2020-111406), with the author(s) listed below.

Caffeine is the most widely consumed psychoactive substance in history, and surveys indicate that consumers include the majority of pregnant women. However, knowledge of caffeine pharmacology suggests high biological plausibility for potential fetal harm from maternal consumption, and observational studies provide extensive direct evidence of real harm. No fewer than 14 meta-analyses published in the past two decades unanimously report significant caffeine-related increased risk of harm. Among both observational studies and meta-analyses, there are frequent reports of significant dose-response associations suggestive of causation, and frequent reports of no threshold of consumption below which associations are absent. Perversely, current guidelines, including those issued by ACOG, the DGAC, EFSA, and the NHS, speak of “safe” levels, despite such claims being overwhelmingly inconsistent with the cumulative scientific evidence.

As early as 1980, the United States Food and Drug Administration (FDA) responded to findings of caffeine-induced teratogenic effects in rodents by issuing a warning advising pregnant women to restrict or abstain from the drug. That warning elicited a swift response from the International Life Sciences Institute (ILSI), an industry-founded global alliance of food, food additive, and agrochemical companies. Authoritative international sources have long deemed ILSI, headquartered in Washington, DC, a major threat to public health policy worldwide. Through affiliations spanning many years with the National Coffee Association, the American Beverage Association, and others, ILSI has sponsored the publication of articles depicting caffeine as a benign substance posing little or no threat to fetal health and development. Spurious conclusions have been a recurring feature of industry-affiliated commentary, which has promulgated a deception by conflating the concepts of association and causation, using legitimate questions about causation to make false claims about absence of evidence of association.

The main threats to causal inference of harm from maternal caffeine consumption are possible misclassification of exposure and outcome variables, and potential confounding from extraneous variables. However, contrary to ILSI-affiliated representations of the research literature, caffeine and pregnancy as a field of research is noteworthy for the frequent use of objective measurement (e.g., biomarkers of caffeine exposure and clinically-confirmed outcomes) to minimise risk of misclassification, and the effort invested in searching for and controlling potential confounders. The accepted main potential confounders are possible recall bias, maternal cigarette smoking, and pregnancy symptoms (e.g., nausea and vomiting). 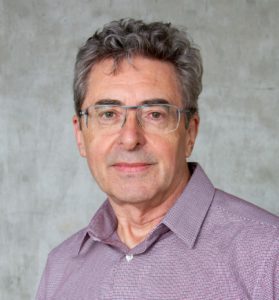 COI Statement: Professor James has no conflicts of interest relevant to the topic.