Centrally acting medicines increase the chance of losing at least 5% of body weight, but their use increases the risks of serious of harms 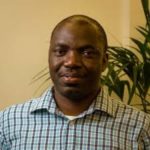 Are the benefits and harms of currently available centrally-acting weight loss drugs (medicines that act on the brain) different from those withdrawn from the market at the time of approval?

Well, not really. And the methods used to assess benefits and harms of medicines with similar mechanisms of action require improvements.

In total, we included five products (16 trials with 24,555 participants) – three (lorcaserin, naltrexone-bupropion and phentermine-topiramate) of which are currently available and two (rimonabant and sibutramine) withdrawn from the market because of serious adverse reactions.

Centrally acting medicines increased the chance of losing at least 5% of body weight, but their use was associated with increased risk of harms and discontinuation because of these harms. In particular, the risk of nervous and psychiatric adverse events was significantly increased: this was the main reason previous medicines with similar mechanisms of action were withdrawn from the market (2).

The quality of the evidence on which their approval was based on was variable. Of note, while post-marketing trials of withdrawn medicines are available in the published literature, similar trials for the presently available ones are scarce.

There’s a real need to have better-designed studies, better outcomes reporting (particularly harms), and improved postmarketing monitoring of these harms.

Igho J. Onakpoya is a Physician and Research Fellow at the Centre for Evidence-Based Medicine, Nuffield Department of Primary Care Health Sciences, University of Oxford.