40 years after its discovery, a re-analysis of the two largest trials to date, controversially suggests PSA screening may actually be beneficial. 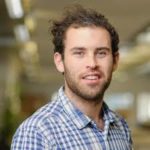 Most healthcare organisations do not recommend PSA screening for prostate cancer (USPSTF, Public Health England), mainly in response to conflicting evidence about the benefits and clear evidence of harms.  PSA can lead to false positive or ‘overdiagnosed’ cancer (detecting prostate cells that histologically represent cancer, but will never grow to cause a patient harm).

Evidence regarding efficacy has been based on two large randomised controlled trials (RCTs). The European Randomised Study of Screening for Prostate Cancer (ERSPC)1 and Prostate, Lung, Colorectal, and Ovarian Cancer Screening Trial (PLCO)2. These trials are both considered to be of high quality, but the trials came to substantially different conclusions. The ERSPC showed a significant decrease in mortality in men screened with PSA compared to those that didn’t receive a PSA, whereas the PLCO showed no difference in mortality between the two groups.

Various differences exist between these two studies that may contribute to this discrepancy: 1) differences in screening interval (annual in PLCO vs. every 2 to 4 years in ERSPC); 2)  PSA threshold to biopsy (PLCO: 4.0 ug/L vs. 3.0 ug/L in ERSPC); 3) higher prostate cancer incidence in the USA than Europe before the trials started and 4) a varying degree of ‘contamination’ in each of the control groups: many patients in the control group – not randomised to PSA-  actually received PSA testing.

In response to these differences, the Annals of Internal Medicine published an analysis of data from both the ERSPC and PLCO with statistical adjustments for the trial differences. The results of which showed a 16% (95%CI: 4 to 27%) reduction in mortality in those screened.

Can we trust these results?

These methods have attracted a mixed response. Some, including Dr Kenneth Lin, a former medical officer at the Agency for Healthcare Research and Quality, argued that statistical models shouldn’t be considered superior to real-life, patient data – ‘“No matter how sophisticated, they (statistical models) shouldn’t trump data from real people who participated in the randomized trials”. While others called for the controversies surrounding prostate cancer to ‘finally (be) put to rest’.

The central issue that should inform policy is the question of the amount unnecessary risk subjects’ are willing to accept in order to benefit or save one other person?

Therefore, how much risk are we willing to subject patients to, with no benefit, to save one other person’s life?

Conflict of interest: My DPhil (PhD) is funded by the Clarendon Fund, University of Oxford. I also receive income from Oxford University Hospitals for clinical work and hold grants from the National Institute for Health Research and the Primary Care Research Trust. I have no conflicts of interests.