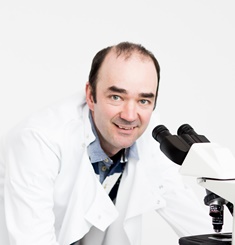 Fresh from all sorts of Deep Thinking and engaging with a broad range of research, it’s time to turn back to thinking about Turning the Tide and increasing the number of paediatrician types actively doing research as a large chunk of their jobs – clinical academics. Where training systems are in place, and encouragement is available, there’s something a bit odd about stepping off the usual escalators and moving to do something different.

A regular contributor to the @ADC_BMJ social media scene, @gourmetpenguin, provides her thoughts below on what it’s like to live that life … and if you’re intrigued and in the UK, there’s a Conference for those who are, who want to be, or who are just curious going on in Sheffield on 7th November http://bma.org.uk/events/2015/november/clinical-academic-trainees-conference

Being a clinical academic is a strange place to be sometimes. When I decided that I wanted to be a paediatrician, I was still in high-school and doing my A-levels. I had it all sorted out in my head: medicine was about being hands-on; procedures; medications. Doing things that made people better. My working day was going to be clearly mapped out: there would be a ward round; patients to clerk and examine; a clinical team; tests to organise; drug charts to write; blood tests to take; results to chase…
That’s not how my days work out.

Filling in form after form after form to get through R&D processes (which end up being slightly different for each Trust)?
Travelling around the country trying to find research participants (and keeping your fingers crossed that they remembered you were coming)?

Days in front of a computer wondering if you’re stating the blindingly obvious, and then realising that it isn’t that obvious at all?

Spending hours in families’ homes as they let you in to the most traumatic experiences of their lives?

This isn’t what my medical school trained me for. It isn’t what most of my clinical colleagues do.

Part of the problem with being a clinical academic is that you’re split between (at least) two positions. You have clinical responsibilities which are relatively fixed, with defined tasks and shift patterns. Things definitely don’t stay within boundaries in the clinical world, but there’s some kind of structure to how the hospital world functions.

Then there’s academia: no defined hours; tasks that you mainly set yourself; a timetable that’s self-directed; and what feels like a limitless, whirling, storm of information and knowledge that you can’t quite grasp. Remember those first days as a clinical medical student? That first ward round where about one word in three was comprehensible, and you realised that the list of things that you didn’t understand was enormous. That is what academia feels like all the time. You never start to get a handle on it. Once you think that you understand your own subject area a tiny bit, it turns out to be linked to a whole other subject area that you hadn’t even realised was related.

And it’s even more challenging because there aren’t nice rules and examples about how it’s done. My image of how I was going to spend my clinical day was firmly grounded in popular culture. I had a pretty good idea of how “a junior doctor” behaved and what their job was like, because I’d seen it. I’d watched Casualty, and Cardiac Arrest, and ER, and Chicago Hope (remember that one? Very swish hospital). I read the information in medical school application packs. As a student, I heard senior students and house officers (and occasionally SHOs) talking about their day.

I didn’t learn how to be an academic.

Of course, that’s the great attraction of being an academic. There isn’t a definite way of being; a thing that makes an academic. You have to make it yourself.

And one of the most amazing things is being part of a community of people that feel the same way. It doesn’t really matter whether your day is spent in a lab looking at things-that-people-look-at-in-labs, or if it’s recruiting patients for a clinical trial, or if it’s spending your time doing observational studies or interviews. There’s still that feeling that you aren’t quite doing what your peers are doing. In some ways, the fact that paediatric research is so diverse and widespread helps: there aren’t very many clinical academics and those who do will be spread throughout a range of different disciplines. We’re all isolated in some ways – which makes finding a network of people who share something in common even more important.

That network does exist. There are the formal organisations: the Academic Paediatric Association; the Joint Academic Trainees committee at the BMA with conferences and meetings.

But what we really share is the belief that somewhere when we’re overwhelmed by the swirling vortex of information, that there is a fragment of knowledge that will make patient care better. That shared belief is what keeps us going in the never-ending battles with R&D and referencing software and abstract submission. And that’s what makes us paediacademiatricians.