You may not have noticed, but there was a subtle shift in Britain’s food a couple of years ago. After many years of campaigning, most notably on the telly by bucolic chef Hugh Fearnley-Whittingstall but also by such animal welfare luminaries as PETA and Compassion in World Farming, the UK finally got rid of battery hens who live in cramped conditions and have little access to light and the chance to exhibit normal chicken behaviour. However there continues to exist widespread cruelty occurring on a daily basis but this is directed towards humans.

Thousands of consultants will today be trapped in their offices. They are subjected to the harsh torture of 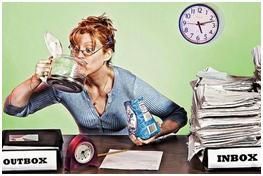 fluorescent light and blinking 50Hz screens of computer screens displaying, in the main, endless, pointless emails that are killing the art of conversation. These poor creatures are kept from normal doctor behaviour such as seeing patients and teaching and training their junior colleagues by a cruel system that virtually enslaves them to a life of lukewarm instant coffee and Microsoft Outlook. Like prisoners under heavy supervision their brief external forays are strictly regulated; alarms demanding their presence at meetings that are unproductive and have little in the way of intellectual or emotional challenge.

This foul situation must stop and today, I call for your support. 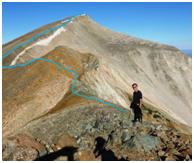 I ascended to the top of the greasy pole a couple of years back. I admit I found it a false summit and realised that, like Everest, the biggest challenges of my medical career were yet to come, despite a fierce training programme and the hardest exit exam in the UK. However, I have cherished my ID badge that says “Consultant” on it and, rather like Wayne Campbell, I regard it as an access all areas pass, even though at times my worthiness is unsure. I quite enjoy getting out and about, networking and generally collaborating with anyone, to try and make things better for the patients. On a ten PA job plan (8:2) I am glad that my 8 clinical sessions actually do translate into 32 shopfloor hours per week.

I am becoming aware however that my peers in other hospitals do not enjoy such luxury. There are far too many of us that are trapped in our offices and enslaved to the relentless onslaught of all user emails, that maskerade as clinical governance. I suspect that there’s a degree of institutionalisation that makes these poor souls accept this situation as normal. It doesn’t appear to be an ED issue as I know paediatricians, acute physicians, intensivists, respiratory physicians and even surgeons who have accepted the fact that developing calluses and having an empty inbox are a worthy pursuit. 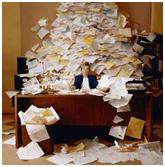 If you read this during the working week day, there could be up to half a million years of experience that is trapped like this between a filing cabinet and a pile of coding and discharge letters. For quality and patient safety, we, the enlightened, must liberate our peers from their benighted hell. It is for everyone’s benefit that this happens:

The consultant usually wishes to see patients. Ask any of these caged birds and they relish the afternoon a week that they are graciously allowed to spend in the MIU or on a post-take round. The brows unfurrow, the sleeves get rolled up, the years fall away and the old man gets to be a doctor again. The clinical skills aren’t forgotten and I guarantee that even a battery paediatrician can get that cannula in the chubby toddler that you have been struggling with for 20 minutes. She knows better jokes and has a bottle of bubbles in her office, even though they may be a little dusty.

The juniors want to see their boss. There’s experience and knowledge there that need to be conveyed and osmosis even seems to work at a distance here. Invading the coop for completion of an SLE form seems like blasphemy; disturbing the Jenga-like arrangement of notes, critical incident forms, half-written research papers and lunch so you can sit down for feedback is uncomfortable and seems inappropriate. This, surely, is better done at the coalface for veracity and reassurance.

The patients deserve quality and they deserve consultant-led care, if consultant-delivered is still a pipe dream. It is widely acknowledged that involvement of senior doctors reduces length of stay, unnecessary investigation, improves outcome and increases satisfaction of patients, parents, carers, nurses and juniors.

So today, lets make a pledge together and release consultants from their cages. It’s cruel and inhumane. It stultifies and institutionalises. The NHS needs leaders we are told. It has these, but they are trapped and, like another mass-breakout 70 years previously, needs boldness and daring to free them. There may be casualties, but these will not be fatal and the local coffee multinational will continue without the lost business and the Times can be read at home.

Now, where is Steve McQueen? 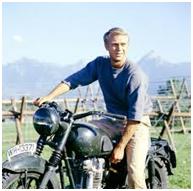 Alan Grayson is a Consultant Emergency Physician working in the Adult and Paediatric Emergency Departments in Central Manchester University Hospitals NHS Foundation Trust. He spends a disproportionate amount of time looking after the concerns of FY1 doctors for whom he is the Associate Foundation Programme Director. He is a meddling do-gooder with an interest in patient safety and quality. As well as this he writes for stemlynsblog.org and can be found twittering as @dralangrayson. Once every two months he runs the #ADC_JC for this august organ. He’d like very much for you to get in touch.

Is honey an effective adjunct to conventional analgesic agents for children post-tonsillectomy?