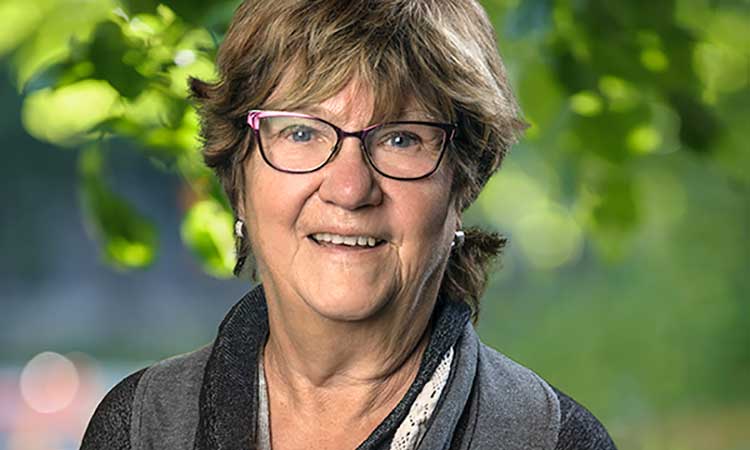 The International Network of Women Against Tobacco (INWAT) announced on Wednesday 7th September that life-long tobacco control advocate Margaretha Haglund, or Maggan, as she was known, passed away on Saturday, 3 September.

Maggan was a long-term pioneer in tobacco control, working in the field for nearly 50 years – a record which is hard to beat. She worked in Sweden at the National Board of Health and Welfare, the Public Health Institute and most recently at Tobaksfakta, the Swedish tobacco control advocacy group.

She worked with passion, always ready to act; she helped and guided so many of those in tobacco control around the globe in our efforts. Maggan was a founding member of INWAT Europe, established to promote female leadership in tobacco control.

No matter how high the obstacle was she was always ready for action. She made a difference. Her tireless work was recognized with the World Health Organization medal, the Luther Terry Award, and many other honors.

INWAT Europe is not and will never be the same anymore now that she is gone. Even when suffering from her illness she was eager to continue INWAT´s efforts, and was always present at the board meetings with ideas.

“Maggan´s husband Berra, children and the grandchildren were very dear to her. Our heart is with her family. We have respect for Maggan’s legacy and honour her memory by continuing to work in tobacco control on the path she indicated.”

Friend’s and colleagues have also added their tributes.

I was invited to a meeting in Vancouver in December 1998. I did not know that the attendees were the most important tobacco control leaders and this was the birthplace of FCTC . After my talk, a beautiful, well spoken woman supported my postulation. During the break I learnt that she was Margaretha Haglund.

After that she kept in touch , supported and directed me. Margaretha wanted women to be strong and recognized and she never missed a potential candidate. When I realized that I was under the radar, I did my best to deliver. She has been like a guardian angel. Her beautiful house was always open to friends.

Maggan was down to earth. She would always repeat that she was from a blue-collar family. Her sincere friendship made everybody happy, she was the only European that made me feel at home.

Maggan was an iron lady who could fight without fear but was also loving and compassionate. She was deeply in love with Berra and adored her family. I have never known anybody so balanced.

Maggan was a very good teacher. She taught us how to fight against the tobacco industry , how to be aware of gender issues, and how to be a good person. What can a person do more during a lifetime?

Rest in peace sister, we are indebted to you.

Maggan was my friend, I knew her over 30 years. I could always count on her support, no matter what. It was in the plane returning from World conference on tobacco or health in 1990 we decided to establish a European branch of International Network of Women Against Tobacco. And we did it; INWAT Europe has been very active in sharing information.

She was an exceptional tobacco control advocate and a pioneer. She worked hard and without fear, there were no obstacles for her; she regarded them issues to be solved.

Now that she is gone, there is an empty place which is impossible to fill. However, we must keep on fighting for a better future. Her legacy urges us to do so.

Margaretha was one of the most inspirational, tireless and fearless people I have ever met. Inspirational in her vision of what was needed at local, national and international levels to achieve a tobacco free world. Tireless in using every opportunity to further policy and action on this issue. Fearless in not only directly challenging the tobacco industry and its deadly trade but in voicing views and opinions that often went against the mainstream at the time, most notably her advocacy for action on women and tobacco. She was also incredibly warm, supportive and had a great sense of humour. Many will remember her witty and insightful talks at international conferences with titles such as ‘Beauty and the Beast’.

Margaretha and I were friends and colleagues for over 30 years. I recall that we first met in Copenhagen when we were speaking at a WHO Europe event on smoking and pregnancy. We immediately bonded over our shared views on the need to increase awareness about women and smoking issues. Clearly in our sights was the tobacco industry and its numerous marketing strategies targeting women in our own countries and around the world. One of her greatest achievements was INWAT Europe. She was pivotal in its birth and growth over the decades. The vision was to both promote action and awareness on women and smoking in Europe, and to promote and support women’s involvement and leadership in tobacco control. She played a key role in helping INWAT Europe achieve significant progress on these issues- through securing funding for evidence based publications on diverse issues such as tobacco marketing and inequalities smoking, promoting a gender-based approach to tobacco control analysis and solutions, speaking in many forums (conferences, committees, funding bodies) and being a fantastic role model and support to women working in tobacco control.

Margaretha will be greatly missed by all who were lucky enough to call her a colleague and friend. She greatly enriched my professional and personal life, neither of which will be the same without her. Margaretha, thank you.

I still cannot believe I will not be seeing you or talking with you again. I know it is part of life and yet I find it hard to accept.

The first time I saw you was in Skövde (how you used to laugh at my perfect Swedish pronunciation) in 1994 at a WHO conference on Tobacco where you spoke about Smart Promotions. Then in 1995 I had the honour to present you and Paul Nordgren with the WHO World No Tobacco Day medal; I thought to myself what a great combative woman! I had no idea you would involve me from then on in your fight against tobacco in all its forms, especially regarding the targeting of women. Your vision to found INWAT  Europe and getting it started was an incredible achievement.

We met several times, almost every year, in all parts of the world and our friendship has grown deeper over the years. You were such a kind hearted generous person, always ready to support whoever was in need. You were never afraid to speak your mind when you thought it was needed. And yet I know you often felt timid and shy but that did not stop you. One of your favourite phrases was “Never give up”. What I will treasure most about you is how you always encouraged every one of us and saw the potential to make a difference.

I will never forget your hospitality to me and my family and the good times we had together with Berra and your family. We enjoyed having you with us too and I cannot express how much I will miss you.

The world is a poorer place now without your presence but surely you have left it better than you found it  and your walking the earth has made a world of difference. Thank you for being you, my friend.