A basic scientist in the clinic

After nine years studying epilepsy, and despite deep immersion into the scientific literature and scientific methodology of epilepsy, I had yet to see a person experiencing seizures. This all changed on my first day as a clinical researcher, where I met Kevin – a boy of four with Dravet Syndrome (DS) and his mother. DS is a rare and severe epilepsy syndrome associated with numerous seizures, developmental disability and behavioral disorders, and is associated with significant mortality [Wirrell EC, Nabbout R, CNS Drugs. 2019]. Kevin’s brain was generating close to a hundred seizures a day. No drug provided relief, and Kevin was severely developmentally delayed. In talking to Kevin’s mother, I found that she’d already had many clinical questions answered expertly by the child’s neurologists.

However, Kevin’s mother had more questions – for example, what was being done so that other children with epilepsy have a better chance of treatment and a potential cure. I did my best to describe what I used to do as a basic science researcher, and what many of my colleagues were doing in labs around the world. I told her about my graduate work where I studied synaptic plasticity in brain slices to better understand the mechanisms that enable seizure generation and propagation [Mott and Iyengar, 2006]. Kevin’s mother’s response: “well, my son is not a rat” took me by surprise, and made me think of the relevance of basic science on drug discovery as understood by patients and caregivers. That is, do the findings of basic research translate into clinical options?

The epilepsies are characterized by spontaneous, recurrent seizures accompanying behavioral and psychiatric disturbances known as “comorbidities”. There are several causes of epilepsy, ranging from a genetic predisposition, stroke, head injury, brain tumor and infections such as meningitis. Drugs to treat epilepsy are known as “anti-epileptic drugs” (AEDs), and while they are effective in a subset of the patient population, many individuals do not benefit from them. Besides, many people suffer from side-effects as a result of these drugs.  All AEDs are symptomatic agents in that they control the most obvious manifestation of the disease, but not its cause. Hence, there is an urgent need to develop new therapies and treatments.

A variety of animal models are used in the laboratory to simulate human epilepsies and find drugs and targets for various epilepsy syndromes. These models are highly specific, and vary depending on the epilepsy syndrome the researchers are trying to replicate. For example, administration of convulsants such as pilocarpine and kainic acid causes “status epilepticus” (or, a series of closely-spaced seizures) that can eventually lead to temporal lobe epilepsy [Nirwan N, Rev Neurosci. 2018]; and genetic models can be used to simulate DS [Catterrall WA, Neurochem Res. 2017].

Animal models provide a remarkably convenient way to study epilepsy. However, with this embarrassment of riches comes the issue that it is really not well-understood how well these translate to the human condition. That is, would a finding obtained in an animal model be able to be used to tell us more about human epilepsy?  Not all the animal models being used have been validated for their predictive value, and a way to characterize animal models and compare with the manifestations of human epilepsy would provide a way for future researchers to choose animal models in a more directed way. Additionally, there are occasions where a study performed in one animal model for a specific epilepsy syndrome cannot be replicated in others, potentially questioning the validity of the finding(s). Given all these factors, there is an urgent need to develop a roadmap to optimize preclinical epilepsy research, which will help uncover more effective strategies and targets for the epilepsies.

The International League Against Epilepsy / American Epilepsy Society (ILAE / AES) Task Force [Simonato M et al., Epilepsia, 2017 Reports on the joint ILAE/AES Task Force]consists of an international effort to improve preclinical translational epilepsy research with the aim of developing transformative treatments for people with epilepsies, including anti-epileptogenic, drug-resistant, and anti-comorbidity therapies. Relevant to the question of predictive validity of models is TASK2 of the task force, which set out to organize and coordinate systematic reviews of available preclinical data to critically evaluate how these studies predict treatment response and biomarker development.

Systematic reviews provide a scientific approach to the collection, grading, and interpretation of large volumes of data. A goal of TASK2 is to organize and coordinate systematic reviews regarding animal research in epilepsy. Once the similarities and differences between the models have been elucidated, the currently used drugs can be tested in the models in a directed fashion. These systematic reviews will provide a more realistic and translationally usable view of the data generated by preclinical epilepsy research. An ultimate goal of the task force is to populate the results of the meta-analyses in an easy-to-access online format for researchers to use.

Why is this study important to me?

Animal studies are critical for drug discovery and in order for them to be useful to the scientific community, their predictive attributes need to be validated. The series of meta-analyses that will result from the task force will be beneficial to scientists, clinicians, and (eventually) patients as well. Researchers will be able to select an animal model confident of its the predictive value, with a greater chance of “success” that it will be able to tell us something about human epilepsies. My hope is that with a streamlined and directed approach to preclinical translational epilepsy research, caregivers like Kevin’s mother will have greater confidence in, and knowledge about what is being done in the lab to help children like Kevin. 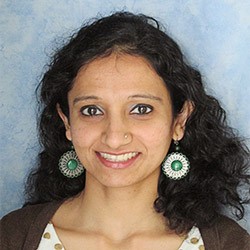 Sloka Iyengar is a science consultant, writer, advocate, and science educator based in New York. She is a member of the ILAE/AES task force TASK2 sub-committee. (Website: www.slokaiyengar.net)

Conflicts of interest: None