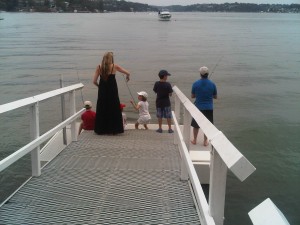 How often is one in the company of greatness? Perhaps you are quite impressive yourself, and to be in a like-minded assemblage is an everyday affair. However, even flinging self-deprecation aside, I would class myself as only ‘reasonably good’. So spending the gloaming hours on a Sydney winter’s eve with the eminent neurologist and author Oliver Sacks rates high on my list of ‘Brushes with Greatness’.
Oliver’s Australian visit, and subsequent collaboration with JNNP, has produced a fascinating interpretation of his book, A Leg To Stand On. The convoluted series of events that led to my meeting Oliver is more complex but less interesting than this month’s article, suffice it to say that it is fascinating who you meet in mothers’ group.
The tale goes a little something like this:
The remit of the JNNP Editor Matthew Kiernan and I was to collect Oliver from his Bondi Beach hotel and escort said luminary to the home of our mutual good friend Professor James Lance for dinner. An easy enough task for even the ‘reasonably good’. However, I had contracted a mild form of what felt like consumption the previous week and was now sporting a cracking good cough and a general pallid malaise. First thoughts were, obviously, what happens if I single-handedly knock off one of the world’s most famous neuroscientists right here in this Toyota RAV 4 tonight?
As Oliver folded himself into the two-door golden chariot, I weighed the options and decided that a plein air approach was called for. Windows down, sunroof agape, we buffeted through the crisp evening, where the gent was no doubt pondering the need for so much oxygen.
Safely delivered and unwittingly now free to breathe some quality fresh air, Oliver settled in for the evening, which was filled with convivial chat about the good old days and plenty about the good new days as well.
Halfway through the evening, as I sat beside Oliver in my tuberculosis haze, I do remember him quietly unbuckling his belt while the other guests were busy debating the merits of airport security. Had I missed some vital element of the conversation? Was there going to be show? No. As it transpired, the man was merely preparing to recount a detailed and highly amusing tale of airport metal detection that involved his troublesome belt buckle.
This was the point at which two epiphanies occurred to me. The first was that a story, whatever it be, should be told well. It should not be rushed. It should not have to fight for the floor. And it should use a good prop and a sight gag, if possible.
The second revelation was something I couldn’t specifically identify until days later. And then it came to me, bombshell-like. The ‘something’ that each of these congregated old friends had was a joie de vivre, a spirit of the bon vivant. They all knew how to live. I felt like a mere spectator in their company, a tick riding on the dog’s back,
As we departed towards the eve’s end, Professor Lance, now well known as Jim, announced that whenever we happened to be passing by we should drop in for a gin and tonic. “The bar opens at 5,” he declared, referring to his penchant for whipping up a ‘Slippery Jim’ from the drinks cabinet at a moment’s notice.
Introspection is a devilish thing. And as Oliver opined that evening, like so many years before in his original monograph, spending too much time in one’s own universe is a dangerous and scary thing. A much better tactic for life is to taste the delights of realms beyond your own.
Some months later I saw Professor Lance from a distance, driving his car on a Friday afternoon. He was a beacon of calm. I, on the other hand, had spent the previous 15 minutes swerving, cursing, beating the steering wheel and yelling at bus drivers in my haste to get across town. From that day on, whenever decorum and serenity are required, I call on a new verb I coined that day. I say to myself, “Just Jim Lance it”.