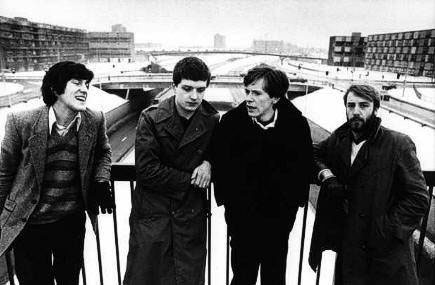 According to a recently released study in Current Directions in Psychological Science, the key to self-control is practice. As in, the more you practice self-control, the more inclined you are to engage it when you need it most.

Take Wednesday night for example, when two excellent hours were spent at a concert, leaping around to seminal 1980s band New Order. Amongst the 5,000 or so revellers there were plentiful elbows to the ribs, hair flicked in faces and sprays of beer that were all happily endured in the name of good spirits. In any other circumstance these encroachments on the person would never be tolerated. However, the concert continued unabated without a visit from the riot police.

Nonetheless, my companion, who shall remain nameless but carries the XY chromosome, took a somewhat different approach to the evening. Whenever a flailing limb made contact or a stream of ale breached the meniscus of a fellow rocker’s plastic cup and became airborne in his direction, he would repay the action in kind…and with interest. The recipient of this harangue would stare wide-eyed at the angry man and wonder: why all the negative energy?

One’s tiny mind begins to tick over in these situations and draw tenuous links. And, in deference to New Order and its predecessor Joy Division, the title of the latter’s most intriguing song came to mind: She’s Lost Control. Why is it that one person can control their emotions when another can’t?

Back at the concert, the old grey matter was working overtime and came up with a theory. Where the psychological scientists of the aforementioned study had tortured their subjects by denying them chocolate biscuits or forcing them to hold a nasty King Pigeon pose (some breed of contortive yoga move), my XY friend had merely had “a hard day at work”. A nine-hour conga-line of whining clients and incompetents had slowly sapped his reserves of self-control and here was his chance to let loose.

Miraculously, two hours passed and no actual violence was perpetrated on another individual. However, a quick exit from the venue was followed by what turned out to be a 90-minute queue to leave the carpark. Again, good spirits reigned. Fellow carparkers tooted their horns in the style of New Order and generally made good of a tedious situation.

XY held his own for about 45 minutes…and then lost it. Alighting from the car and confirming that he was merely popping out to get a snack from the nearby convenience store, he returned 10 minutes later out of breath and electric. On enquiring, it turns out that he was probably lucky to have all limbs remaining. Allegedly, on finding a carpark attendant (a very large gentleman from the island of Tonga) behind glass on the lower level, he had engaged in some unsavoury chat and found that the attendant, too, had had a “hard day” and was happy to let XY know about it in a physical fashion. Evidently the flight/fight response had kicked in.

On the drive home, one was reminded of the lyrics of a tune pilfered from Tennessee Ernie Ford by the smooth old crooner, Tom Jones, called Sixteen Tons. “If you see me coming, better step aside. A lot of men didn’t, and a lot of men died.”