Chronic granulomatous disease (CGD) is caused by mutations in an enzyme that generates reactive oxygen compounds in white blood cells, resulting in frequent, life-threatening infections. We investigated a family in which both parents were initially found carriers for a common pathogenic mutation in NCF1, one of the genes causing this disease. Genetic analysis of the fetus yielded conflicting results as to its affection status, but white blood cells acquired through cordocentesis reacted normally. Eventually the child was born and proved healthy. Further analysis showed that the discrepancy was caused by gene copy number variation at the NCF1 locus. Our results have important implications regarding NCF1 carrier screening. (By Dr. Dirk Roos, http://jmg.bmj.com/content/early/2018/01/13/jmedgenet-2017-105022 ) 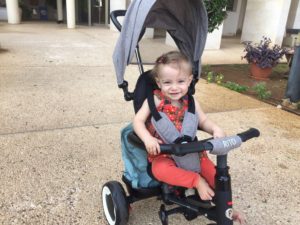 the babygirl described in this article