Prominent court decisions and research suggest that presentation of neuro-genetic evidence may reduce the sentence of convicted psychopaths. In a mock case, we presented German judges with a hypothetical case vignette of aggravated battery and randomly assigned them to expert testimonies that either involved a neuro-genetic explanation of the offender’s psychopathy or not.

We found that neuro-genetic evidence significantly reduced judges’ estimation of legal responsibility. Moreover, neuro-genetic arguments presented by the prosecution significantly increased the number of judges (23% compared to ~6%) ordering an involuntary commitment in a forensic-psychiatric hospital. Such an involuntary commitment may last much longer than a prison sentence in the German legal system. Our data thus demonstrates the socially contingent nature of legal responses to neuro-genetic evidence. (By Dr. Johannes Fuss, http://jmg.bmj.com/content/early/2015/08/25/jmedgenet-2015-103284) 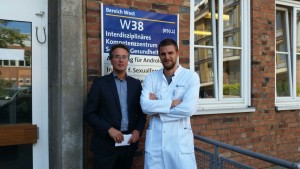