Pediatric hearing loss is a common disorder and universal newborn hearing screening is used to aid in the early identification of children with hearing impairment. However this screening has a significant failure rate in newborns, and hearing loss may have delayed onset and be missed by newborn screening. Genetic screening of newborns for variants that may predispose towards nonsyndromic hearing loss is being increasingly explored as a means to supplement standard audiologic examinations. Here we examined the association of mitochondrial mutations with non-syndromic hearing loss in previously published studies, including the effect of ethnicity, audiologic test methods and aminoglycoside exposure. This analysis identified several mitochondrial variants that were significantly associated with hearing loss susceptibility. Mutations that are significant when exposure to aminoglycoside is considered were also identified. (By Dr. Brian Z Ring, http://jmg.bmj.com/content/early/2014/12/16/jmedgenet-2014-102753 ) 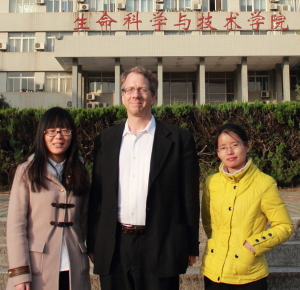