The 25th of July 2021 is the inaugural ‘World Drowning Prevention Day’. This follows on from the United Nation’s (UN) General Assembly first Resolution on Global Drowning Prevention established on April 28, 2021. This resolution recognized drowning as a significant cause of preventable harm with 2.5 million deaths over the past decade. However, this number, derived from the World Health Organization (WHO) Global Health Estimates, underreports the burden. The UN Resolution notes ‘with concern’ that “the official global estimate of 235,000 deaths per annum excludes drownings attributable to flood-related climatic events and water transport incidents, resulting in the underrepresentation of drowning deaths by up to 50 per cent in some countries”. This undercount is due to multiple factors, including data collection challenges, data availability, and the International Classification of Diseases (ICD) codes used (1-3).

To address drowning globally, a range of initiatives are required, especially for low- and middle-income countries (LMICs) who experience the greatest burden (1). In addition to cost-effective evidence-informed programs, better data is required at a local level to help with the development, targeting, communication and evaluation of drowning prevention initiatives. Better drowning data has several elements; the data needs to be captured, timely, accurate, consistent and detailed; cover all drowning deaths, not just those covered by the ICD Codes W65-74; and be usable and available to drowning prevention organisations.

Thanks to the work of the Global Burden of Disease (GBD) study, global estimates of drowning exist (1). However, due to the lack of routinely collected data on drowning and the various sources used (e.g. death registers, hospitalised deaths, verbal autopsy, household surveys) there is variability in the numbers and undercounting (2).

The current global drowning estimates produced by the GBD study for 195 countries (estimated to be between 284 493 and 306 187 in 2017) (1) used the ICD codes W65-74 and a redistribution of Y21 (drowning due to undetermined intent) to the exclusion of unintentional drowning due to transport (V90, V92), flood (X38) and intentional drowning (X71 and X92). However, there is a growing call for all drowning codes to be included (4). Data from Australia, Finland and the United States identify under-reports ranging from 36%-60% (3, 5, 6). The impact of this under-report for unintentional drowning in LMICs, particularly those prone to mass boating incidents and disasters (especially flooding), is likely to be even greater. Quantifying drowning among migrants (including refugees and asylum seekers) who drown at sea between countries is also challenging.

What is missing from current global drowning estimates, is an important aspect of the story and significantly impacts drowning prevention progress. The WHO (7) details six interventions and four overarching strategies to reduce drowning. Many of these, such as strengthening public awareness, and advancing drowning prevention through well-designed studies, required timely, accurate and detailed data (7). The evaluation science needed to provide evidence of the cost-effectiveness of drowning preventions, like the ground-breaking anchal (creche) and survival swimming program in Bangladesh (8), also require quality, and timely, data. The development of national water safety plans as recommended by the WHO, rely on a nation understanding their drowning burden and identifying opportunities to act (9). The impact of exposure on drowning risk is a challenge we continue to grapple with but necessitates accurate mortality (and morbidity) data as part of the formula (10).

Good data is a challenge across the globe for all health issues. Work undertaken to date on fatal drowning data must be replicated for non-fatal drowning. Multi-sectoral collaboration will be required to progress data collection on both fatal and non-fatal drowning, and a range of risk factors (i.e., aquatic location, activity, determinants of health, alcohol, pre-existing medical conditions). The establishment of country-level drowning registries are one way of achieving more accurate quantification of the global burden and therefore adequate allocation of resources for prevention.

If someone drowns and it’s not counted, did they really drown? Today (July 25), on the inaugural World Drowning Prevention Day, we call on the drowning prevention community to get serious about counting drowning. Don’t let our failure to quantify the true global burden of drowning, be a situation we find ourselves in another decade from now. 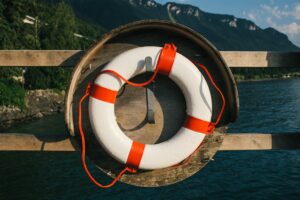