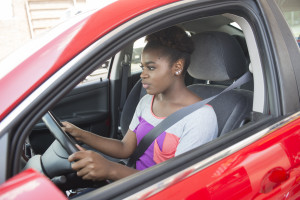 [SB] In this post, public health consultant Dr Sarah J Jones (follow her on Twitter @GDLSarahJones), an advocate for better safety for young drivers and all
who share the roads with them, shares her experiences on her efforts to advocate for Graduated Driver Licencing in the UK. In her previous role, Sarah was an injury epidemiologist at Cardiff University, researching a range of injury prevention topics and completing a PhD on Child Pedestrian Injuries and Deprivation, a study that included analysis of the links between traffic calming distribution, deprivation and narrowing inequalities.

[SJJ] It all began in 2008. I was in the final stages of Public Health Registrar Training when my supervisor told me to “go somewhere and do something”. My interests in road traffic crash prevention lead me first to Dot Begg at Otago, Dunedin and then on to Erin Cassell at Monash, Melbourne. The main objective, as well as a fascinating insight into how pandemic flu and other public health issues were being dealt with (I travelled the week after the 2009 swine flu pandemic first emerged), was an estimate of the effect that Graduated Driver Licensing (GDL) could have if implemented in the UK.

Back home, I presented what I had done, sat back, exceptionally pleased with myself, after all the case was now made, and awaited the “pat on the back” from my supervisor. “Nice” he said. “Now get it implemented”. “How” I lamely asked. “I don’t know. Work it out” was the response.

I’m still trying to work it out. Seven years on I have talked to a lot of people. I’ve given presentations to vaguely interested lay people in village halls, as well as to Members of Parliament. I have written articles for newspapers, magazines and peer reviewed journals. I have given newspaper, television and radio interviews, some live, and have participated in “phone-ins”.

Yet, we still do not have GDL in the UK. So, in seven years, I have achieved nothing.

I think people are more generally aware of GDL than when I started talking, but that may be completely unrelated to anything I have done. I am still looking for the guide on “How to bring about legislative change”, but there does not seem to be one. I have learned a lot about the policy process in the UK and about how reluctant people are to change their viewpoint, even in the face of overwhelming evidence to the contrary.

I always knew that the pace of Public Health change was painfully slow, but even with that knowledge continuing to advocate for change is difficult and often demoralising. It’s little wonder that we have become locked into a cycle of quick fixes (action that is just a proxy for effective action) to match political cycles that can then be quietly sidelined when they do not have the effect that was intended.

After 8 years in research / academia, my move into service based public health was my “translational research”. I am coming to believe that advocacy is the most important, but most overlooked area of both public health and injury prevention, partly because it is so difficult to measure the effect of what is being done. How we support people to become effective advocates is likely to be key to effective intervention prevention in the future.

[SB] I too have written on the vital importance of advocacy: here and here. As researchers, it is important to remember that we do not always need to disseminate purely our most up-to-date research results, or even the most innovative interventions; sometimes our work life’s work is bigger than that. Sometimes we need to advocate for the very heart that lies at our work: simple, credible information and resources that can make a difference in even one person’s life.