The rise in drug overdose deaths is thought to be attributed to the reemergence of an opioid called “fentanyl” – a synthetic opiate that is that is 30 to 50 times more potent than heroin; often times, fentanyl is mixed in with other commonly abused drugs, like heroin.

According to the National Forensic Laboratory Information Systems (NFLIS) – a U.S. Drug Enforcement Administration program that collects drug chemistry analysis results from cases analyzed by state, local, and federal laboratories – fentanyl drug seizures in the South, Northeast, and Midwest parts of the United States increased by 300% from the second half of 2013 to the first half of 2014.

Six days ago, the Washington Post released an article calling Dayton, Ohio “the epicenter of the heroin epidemic.” This is likely due to several different drug trafficking groups having easy access two major highways: (1) I-70 is used to move their product east to west to Indianapolis, Indiana and Columbus, Ohio; while (2) I-75 is used to move drugs north to south from Toledo, Cleveland, and Cincinnati in Ohio. 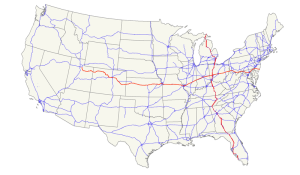 With this in mind, and since 2011, the state of Ohio has been partnering and building on several initiatives to improve interdiction, raise awareness, reduce prescription abuse, and expand treatment options.

As a harm reduction strategy, Ohio Governor John Kasich signed HB 4  into law on July 16, 2015.  This allows pharmacists and pharmacy interns to dispense naloxone, an opiod overdose reversal medication, without a prescription but in accordance with a physician-approved protocol and while calling 911 for medical assistance. When administered through intramuscular injection, intranasal spray, or auto-injector, naloxone reverses the effects of an overdose by blocking receptors in the brain from the effects of opioids while restoring breathing.

Both harm reduction strategies empower drug users to protect themselves and others. Although objections exist over economic benefit and moral disarray, working on preventing overdose deaths rather than focusing exclusively on stopping opioid and opiate use may be more developmentally and culturally appropriate and may enable drug users to pursue effective treatment.