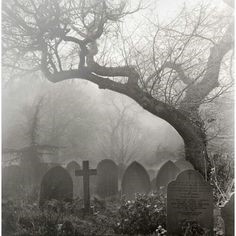 What do you think about when you look at this picture of a graveyard? What type of feelings does it conjure up for you?

For many people within our contemporary western society, death and dying tends to be associated with negative feelings. However, for some people understanding and accepting their own mortality can be empowering, even enlightening. For me, death for many years made me frightened.  Just as I would fall asleep, I would suddenly become fully awake panicking about what would happen if I died that night – I worried that I would miss the drive into work and that I would miss being with my friends and family. So many things crossed my mind and it took a while before I could settle and actually fall asleep. But death to me now is so very different. I have been through a number of experiences, as we all do as we travel through life, but after working with people who were dying, I realised something very profound.  I had a completely different outlook on death and life. It had been a privilege, and a humbling experience, to take care of people who were dying, and to support their families. It was through this experience that I ended up going to university to understand more about why we behave the way we do about death and dying.

I found so many psychological theories that help to explain our fears, our behaviours and our thoughts around death and dying. But it was reading an article by Dr Paul T Wong, a Canadian Psychologist, showing that death and dying could be seen in a more positive light, that had a huge impact on me and my research. Here was something that put into words what I was thinking and feeling. He conceptualised a theory called Meaning Management Theory (MMT: Wong 2008). He argued that meaning in life and 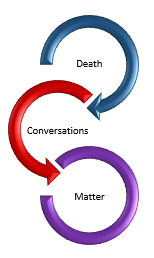 acceptance of death are intertwined. The theory focuses on managing our inner life; all our hopes, dreams, aspirations, regrets, doubts, hates and beliefs. MMT is based on how people attach meanings to other people or events that happen in everyday life, suggesting that by enabling these feelings we could create a more meaningful, fulfilled life. This article led me to research further into death and dying and positive psychology.

Death is inevitable, but having a more positive relationship with our mortality, could allow us to embrace life more fully no matter what the circumstances. It is about living despite what adversities or traumatic events we face. By living fully, embracing all life has to offer, the perceived ‘good’ and ‘bad’ could enhance our relationships with others, and enhance our sense of self and wellbeing. Having a more positive perspective towards death and dying could provide the motivation to go for a higher level of life satisfaction and provide meaning to our lives.

If you want to know more about death positivity, the following websites are worth a look…