In this week’s blog Clinical Academic Midwife Helen Janiszewski @Hejaniszewski explores the issue of ‘voluntary childlessness’ with Rachel Sawyer @bottomlineibd an IBD patient advocate, with 20 years’ experience of living with Crohn’s disease to explore how clinical practice can be better informed on this term.

Inflammatory Bowel Disease is a chronic condition affecting the digestive tract.  It is an umbrella term which most commonly encompasses Ulcerative Colitis and Crohn’s disease. There are approximately 300,000 people living with IBD in the United Kingdom, with women and men being equally affected.  The peak onset is 15-30 years, with men and women being equally diagnosed with IBD.  Women have a similar fertility rate to that of the general population unless they hav 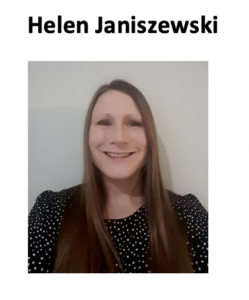 e had pelvic surgery or are in malnourished state which may decrease fertility (1).  A quarter of women will become pregnant after diagnosis,  yet half of women are diagnosed before they are 35 years (2) with the average age of a first time mother being 29 years (3), therefore are a large proportion of women living with IBD not having babies? And if so, what are the reasons for this?

“From the perspective of a woman living with IBD, my question is whether “voluntary childlessness” is ever appropriate in describing, as one group, women with IBD who have chosen not to have children. Living with IBD presents complexities with many milestone decisions in life, perhaps none more so than the planning of parenthood – or the decision not to have children at all. For women with IBD who do wish to become pregnant but are prevented from doing so – either due to fertility problems or fear about raising a child with their IBD in tow – there is often nothing “voluntary” about the term “voluntary childlessness”.

And for women with IBD whose decision not to have children is made irrespective of their disease, it is patronising to hear, however subtly, that their childlessness is a wrong to be righted by education. This can create negative self-worth or suggest incomplete goals due to IBD. Stigma is rife in the world of IBD – as indeed it can be for women without children in the general population. Women with IBD face a double whammy here.

This said, there is no doubt that a huge disservice is done to women with IBD if we do not take the opportunity to shine a light on their concerns over IBD and pregnancy – and this includes exp 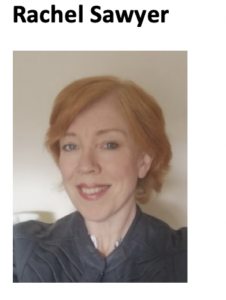 loring the reasons for their higher levels of childlessness. But we must recognise it as an opportunity for education, not a problem to be fixed, per se.”

So how can clinical practice be proactive in supporting pregnancy discussions for women with IBD without making assumptions that pregnancy is every woman’s plan? Early discussions between clinicians and women are key, and these should take the form of an advance fact-finding mission, led by the healthcare professional. Clear language minimises the risk of misunderstandings or misguided decisions made by women who are not certain about their personal risk profile in pregnancy and IBD. The language needs not only to be clear, but to be careful too – and the two are not mutually exclusive. Giving information about pregnancy to a woman who has no intention of having children is not a useful strategy. However, asking upfront if pre-conceptual and pregnancy information is something she would or would not be interested in, facilitates a much more relaxed and sensitive conversation.

Is it time the term ‘voluntary childlessness’ was replaced with something which accurately reflects the multi-dimensional decisions made, or is it a case of raising awareness about the potential complexity underlying this term?