This week’s blog is from Liz Bailey, Clinical Academic and NIHR 70@70 Midwife;

January is often a struggle, with long dark days and changeable weather, and while we might long for spring days, we don’t want spring to come too early, concerned for our wildlife as we grow ever more aware of the impact on climate change on our everyday lives. As a midwife I feel that our profession has always had some awareness of the ‘seasonality’ of our work. We all expect to be busy when we see a full moon and brace ourselves for September when the winter month conceptions seem to bring a peak in our service demands nine months later. A lot of this is in the ‘folklore’ of midwifery but how might global environmental changes influence our practice and in what way?

According to the MET office1 most regions of the globe will experience more heatwaves and in countries that are hot, human heat stress will be experienced more often. Since 1950 the number of warm days and nights increased globally1. Current 20-year high temperature events will double in frequency or more and by the end of the 21st century could become 2 yearly or annual events1.

In a recent article published in Nature Climate Change2, researchers using population data from the USA demonstrated that birth rates rise by 5% on days where temperatures rise above ≥90°F (32.2°C)2. Using data spanning 20 years (1969-1988) and including 56 million births the researchers used shifts in daily birth rates to infer lost gestation days2. County wide birth rates were 0.97 higher on a very hot day (≥90°F (32.2°C)), compared with cooler days (60-70°F (15.6-21.1°C)); birth rates were also elevated by 0.66 on the day after a hot day and two days after the hot day birth rates fell by 0.57 suggesting births were shifted earlier2.

When looking at countries with generally hotter climates compared to colder countries, researchers found that the effect on birth rates persisted but was more pronounced in colder countries, and in hotter countries (more prepared to mitigating the discomfort of heat) the birth rates returned to norm more quickly2. When this was assessed against modern climate change models, by 2080-2099 the number of affected births would rise from the current 822 to 42,000 and represent approx. 253,000 lost gestational days2.

A previous systematic review of the effect of climate change on birth outcomes also highlighted possible increases in preterm birth rates associated with high temperatures3. As well as increased rates of eclampsia and pre-eclampsia in cold and humid weather and low birth weight with cold months3. With ongoing predicted extremes of weather, not just heat, what implications will this have on birth outcomes, fertility and pregnancy complexity as we adapt to climate change?

From a midwifery perspective the global circumstances of birth are highly important, and we worry about natural disasters and the impact they have on pregnant women and newborns. The inequality of freedoms, rights, accessibility to healthcare and the resources with which to live well, will all influence the health of our mothers and the babies they birth; and this would be heightened in times of extremes of weather.

The International Confederation of Midwives in its position statement on climate change4 reminds midwives that they should be encouraged to act as role models for promoting environmental sustainability and play an active role in educating women and their families on sustainable practices. With emerging evidence of the impact of climate change on birth outcomes and gestational age, and as advocates for women we should work to raise the issue of the impact that climate change is bringing now and its impact on future generations. 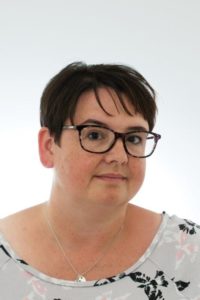