The World Health Organization has announced that 2020 will be the Year of the Nurse and Midwife. https://www.who.int/campaigns/year-of-the-nurse-and-the-midwife-2020  In their announcement, the WHO identified the vital role that nurses and midwives play in providing health care services in every part of the globe, stressing that ‘they are often the first and only point of care in their communities.’ Nine million more nurses and midwives are needed to ensure adequate health care services worldwide. 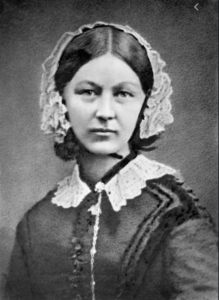 While the importance of nurses and midwives is underscored and echoed across the literature, the role of nurses, especially, remains largely misunderstood.  I can’t recall how many times people revert to the ‘bedpan’ analogy when I mention nursing.  That, or assumption that I decided to become a nurse because I care…with an underlying tone that nursing is more of a calling than a career/profession and that somehow nurses shouldn’t want, or expect fair wages and good work environments. These same people are taken aback with the depth of knowledge, expert assessment skills and complex decision-making abilities nurses must possess to practice in ICU, ER,…really in all areas of health care.

Perhaps these conceptions of nursing aren’t surprising given the historical foundation of modern nursing with its firmly entrenched power and hierarchical dynamics, deeply embedded in health care systems, cultures, societies and individuals. In the 1800’s Florence Nightingale worked to legitimize nursing through the establishment of formal nursing education and research.  However, her approach was in keeping with the view of women in society at that time. She elevated nursing by identifying it as a religious calling (Selandars, 2010). Although it seems archaic to us now, it isimportant to understand that when the modern nursing profession was established, a religious calling was an important factor in empowering woman and achieving autonomy. It permitted women to travel and to work in areas such as education or health administration. “Ironically, however, it is the angelic, saccharine, interpretation of religious nursing that lives on in popular stereotypes of the contemporary nurse” (Buresh & Gordon, 2000, p. 40). The view of women as caregiving, self-sacrificing and naturally nurturing, continues to undermine the view of women as knowledgeable and intelligent and, subsequently, impact society’s view of nursing (Buresh & Gordon, 2000). Hand in hand with the perception of nursing as a calling is that it is seen as the opposite of working for money (Nikkonen, 1992). These views result in situations where nurses are largely seen as dispensable, and are devalued by health administrators, physicians and even the general public. Perceptions of nursing impact policies toward fair and equitable remuneration, funding toward recruitment and retention strategies and proper attention to safe and effective working environments (Buresh & Gordon, 2000).

Discussions about nursing must acknowledge that it is a predominantly female profession. As Chinn (1999) noted “…nursing as a social category has acquired gender traits that are associated with ‘feminine’, regardless of the sex of its individual members (p. 462).” As in the Victorian age, the female perspective is not generally valued as highly from that of science and medicine, which are viewed as ‘male’ pursuits. Even the language of health care demonstrates the power imbalance and hierarchical structure of health care. For example, physicians give nurses ‘orders’ (Pijl-Zieber, 2013).

Addressing deeply held societal values is very difficult. Lingering social norms and even formal laws pose as barriers towomen’s advancement and, therefore, to nursing. Nurses in all countries face these obstacles in some form. However, they must continue to find ways to overcome the challenges arising from their historical position. Nurses need to acquire ‘symbolic space’ where they become part of the consciousness of the health care system; where their professional identity, and essential contributions to health are recognized and valued (Martin & Hutchinson, 1997).

Nurses may not, in fact, realize the extent of their power (Burgess & Purkis, 2010). Nurses are the most highly trusted health are professionals.  Nurses represent the majority of health care providers in any given area. More and more nurses are running for political office. The upcoming year, 2020, gives nurses a golden opportunity to use the WHO platform to have our voices heard.  This is a chance not only to highlight the amazing and important work of nurses, but also to shed light on practice issues. We need to lobby both as individuals and as a collective.  We need to work to change the perception of nursing, and by doing so, change nursing, and the health of societies, for the better.

Buresh, B. & Gordon, S. (2000). From Silence to Voice. What nurses know and must communicate to the public. Ottawa, Canadian Nurses Association.