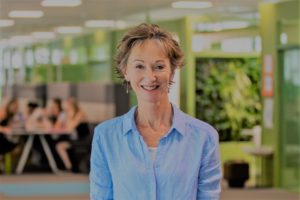 Dr Fiona McGowan is a Senior Lecturer at the Hanze University of Applied Sciences in the Netherlands, which is home to a rich environment for teaching and research into healthy aging.

We are all living longer and societies globally are ageing. In the UK, the population of those aged over 90 is growing faster than younger ages with the number of centenarians increasing the most rapidly (Office of National Statistics 2018). As the oldest old are getting older, we are presented with unique challenges, opportunities, and questions. One prevailing theme is that of how to age “healthily” and “successfully”.

Laslett (1996) defined the “Third Age” as the golden years of a leisured post-retirement period of self-fulfilment, achievement and community participation. This positive approach of agentic and active ageing has become normalised as “good ageing”. But what of the challenges of deep later life when limitations and constraints, bodily or otherwise, are felt and experienced?
The topic of frailty has acquired a new prominence as the antithesis of healthy ageing – redolent of Fourth Age imagery of decay and decrepitude (Laslett 1996). Frailty – defined as weak, vulnerable, fragile, and delicate – has become something of a catch-all term routinely applied by health professionals to categorise older people.

Frailty is a complex and contested concept, described as being a mainly physiological phenomenon (WHO 2015) yet also seen to be a multidimensional, dynamic process (Gwyther et al 2018). Puts et al (2009) state that the term has been used as “a reservoir for different health problems that accompany ageing”. Gilleard & Higgs (2010) argue that frailty has replaced infirmity as a term signifying a vulnerable person on the margins of health and society. It is viewed as a clinical condition (Clegg et al 2013) yet has no recognisable diagnosis or phenotype (Fried et al 2001), defined only by a number of observable physical impairments. Gobbens et al (2010) propose a broader interpretation of frailty as a process which involves the accumulation of physical, physiological and social deficits.

In whatever way frailty is expressed within the context of late old age, the common language is one branded by negativity. Frailty is something to be measured by what is lost and by what one can no longer do. Frailty indices* are tools of assessment used to score deficits. Assessors are health practitioners, clinicians, geriatricians, service providers who identify needs, allocate budget, and place people as being “at risk”. What may appear as preventative health care rather becomes a divisive means of designating a relatively powerless group to a paler stage of life, beset with perils best managed by others.

Older people rarely, if ever, use the word “frail” to describe how they feel (Britain Thinks: Age UK, BGF 2015). Frailty then

“arises within the gaze of others, a gaze that sees in them the emergence of a future of dependency, decline and death”
(Gilleard & Higgs, 2010).

As such, the uniqueness of living longer and understanding this experience is only partially explored and in a way which resonates with an ageist agenda. Older people recognise the ways in which they are not able to do what they used to – but view this as merely part of the ageing process. They adapt and adjust – so any evaluation should be about resourcefulness, reserves and recognition of different means of support. Once consigned, is this condition of frailty reversible? Or a permanent sentence to a progressively weak and feeble state?

Frailty is more than this and we should question why there is little recognition of how older people view themselves and their ageing experience. By doing so, it may be found that it is the very quality of frailty itself that truly characterises what “healthy” and “successful” ageing is:

“The sun shone through them, revealing a pattern of interlacing, delicate blue veins, visible through the opaque petals; this added something alive to the flower’s fragility, to it’s ethereal quality, something almost human, in the way that human can mean frailty and endurance both at the same time”.
Irene Nemirovsky (1903 – 1942)

Laslett, P (1996) A Fresh Map of Life: The Emergence of the Third Age. Palgrave Macmillan UK.