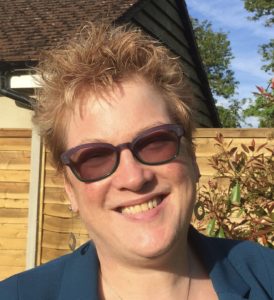 As I write this Blog, RCN Congress is taking place and nursing is in the news in the UK for the right reasons. For example, a call for the safe staffing legislation in all four UK countries as well as highlighting the need to review how nurse education is funded to help address the current workforce crisis. However, recently the debate about whether nurses need a degree has re-emerged in the media alongside a call to go back to the (so called) good all days when nurses had a practical training. For example, two letters were published in @thetimes on 11th May, perpetuating the (false) allegation about the disaster of a graduate-only nursing profession.  I am also regularly asked by members of the public why nurses need degrees. In this Blog, I am going to discuss these issues further arguing that we need smart, well-educated nurses.

Student nurses in the UK are required by the Nursing and Midwifery Council to complete 2,300 hours of both practice and theory – i.e. a 50:50 split with both elements of the programme having equal weight. The difference between when I trained in the mid-1980s and now is that rather than just being taught how to do a skill, students are educated about the evidence behind what they are doing and taught to think critically about what they are doing. My mother tells me stories of her days as a student nurse in the later 1950’s and early 1960’s when they spent hours cleaning the sluice and had to do exactly what they were told to do by the matron or sister in charge of the ward. As graduates, today’s nurses should be quicker to challenge the rituals of the past than students of previous generations in the so called good old days and ensure patients are provided with evidence-based care.

Critical thinking is a graduate level outcome and this is a primary reason why nursing must continue to be a degree entry profession. Indeed, data from several research studies provides evidence that patient outcomes (mortality and morbidity) are related to the number of graduate nurses on a ward/unit. These data are described in an EBN Blog by @barrett1972 in October 2016 (see: https://blogs.bmj.com/ebn/2016/10/10/degree-level-education-in-nursing-time-to-move-the-discussion-on/) but in summary:

Given the data above, you’d think the argument would be won – we need smart, well-educated nurses. However, it appears the argument has still not been won. The nursing media are also guilty, at times, of harking back to the good old days. For example, headlines in @NursingNotesUK, @NursingTimes and @rcni earlier this month following the publication of a report from the Open University (OU) (http://www.open.ac.uk/business/nursing) focused on the need to reduce the entry requirements for pre-registration nursing courses rather than the other findings of the report.

The OU report does suggest that one solution to the current nursing workforce crisis is to lower the academic entry requirements for pre-registration nursing courses. However, this is one of several proposed solutions. The OU argue that doing so will ensure more students commence pre-registration nursing courses each year. That may be true. However, the report seems to ignore the fact that students with lower entry requirements often struggle with their academic studies. Data (unpublished) I have reviewed in the past suggests attrition from nursing courses improves (decreases) as entry requirements increase. The OU report also appears not to mention that increasing student nursing numbers is dependent on placement capacity. The current workforce crisis in the UK makes it difficult to significantly increase the numbers of clinical supervisors and assessors in practice and ensure that students receive the support they need during their placement time.

I hope that in the very near future, the general public and the nursing press will appreciate the benefits of a graduate nursing workforce. I dream of a time when we accept that we need smart, well-educated nurses to ensure our patients receive the best possible care – no ifs, no buts.